Prominent Businessman Mohamed Abou El-Enein, the Honorary President of the Parliamentary Assembly of the Mediterranean , participates on Sunday in the first conference of the Arab Union of Arbitration for Investment and Economic Disputes.

A number of senior jurists and judges in the Arab world participate in this conference to choose new board of directors of the Union.

The Arab Union for Arbitration of Economic and Investment Disputes was inaugurated last month under the President ship of Head of the Lawyers’ Syndicate Sameh Ashour.

The Union includes an economic court, a mediation chamber for small and medium investments,  training and education centers for the development of Arab arbitrators  and a scientific academy that offers diploma, master’s and doctoral degrees in arbitration.

A number of ministers including Hossam Abel Rahim, Minister of Justice,  Dr. Ali Abdel Aal, Speaker of the House of Representatives and Dr. Sahar Nasr,  Minister of Investment and International Cooperation attend this conference.

Mohamed Abou El-Enein, President of the Egyptian-European Business Council and Honorary President of the Parliamentary Assembly of the Mediterranean , said that the launch of the Arab Union for Arbitration of Economic Disputes and Investment represents a great addition to the economy of the Arab region.

In an interview with Sada Al-Balad Satellite Chanel on the sidelines of the first conference of the Arab Union for Arbitration of Economic and Investment Disputes, Abou El-Enein said that the meeting of the Arab countries under the umbrella of the Arab Economic Council is a great honor. It is a “reunion” of the Arab nation in economic projects after the formation of the Union of Arab Arbitration, which emanates from it the Court for the resolution of territorial disputes and disputes between persons and States.

Abou El Enein: The ideas of lieutenant general Mameesh must be marketed locally and internationally

The President of the Egyptian-European Business Council stressed that the investment climate in Egypt is good and on the road to improvement, praising the government’s role in improving economic conditions by setting policies and legislations and provide investors with the required facilities.

He added that legislations during the past period helped to develop the investment climate, especially the new Investment Law, which is equal to the Egyptian and foreign investors.

Abou El-Enein pointed out that the increase in investment in Egypt requires encouraging and motivating policies regarding the provision of benefits and marketing. The law alone cannot attract investment opportunities worldwide. There should be a role for ministries of foreign affairs and investment and investment bodies.

He added that the return of security and safety to the country after the June 30 revolution in this short period is a miracle.

Abou El-Enein stressed that Egypt is currently living in real economic development amid laws and legislation that protect Egyptian and foreign investors, pointing out that the Egyptians feel this development.

The President of the Egyptian-European Business Council added that there is continuous development of natural and economic resources in all governorates. He pointed out that there are investment centers to encourage investments, which allowed the launching of financing programs for small-scale manufacturers and small enterprises, as well as a new policy to settle some specialized industries and large projects such as The New Suez Canal Project.

He said that we should give thanks and greetings to all commanders and everyone in the Egyptian army who gave their lives for the redemption of the country, under the leadership of President Abdel Fattah El-Sisi.

Abou El-Enein stressed that the popular will resulted in June 30 revolution, which is a real revolution protected by the army. It is an example of how to respect the popular will that demanded a real life and get out of the dark tunnel in which the country lived.

He added that today, after four years, achievements in all economic fields are measured by development, stressing that the mega projects launched after June 30 are miracles in this short period of time. 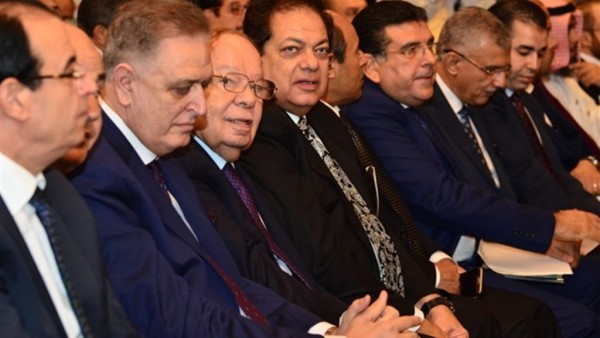 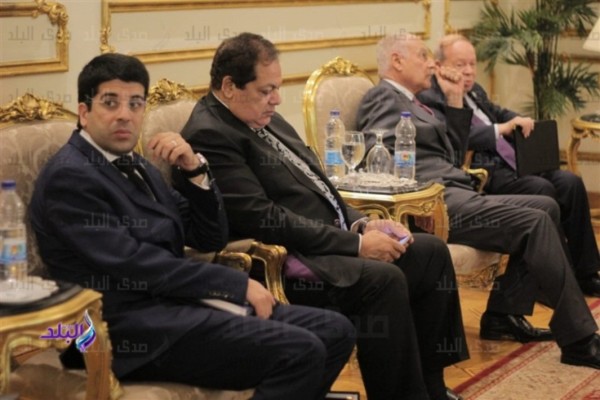 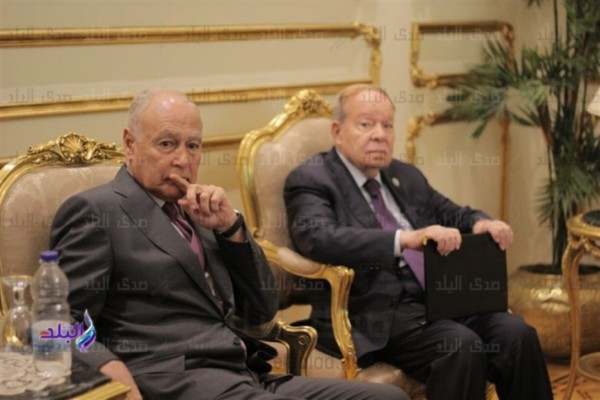