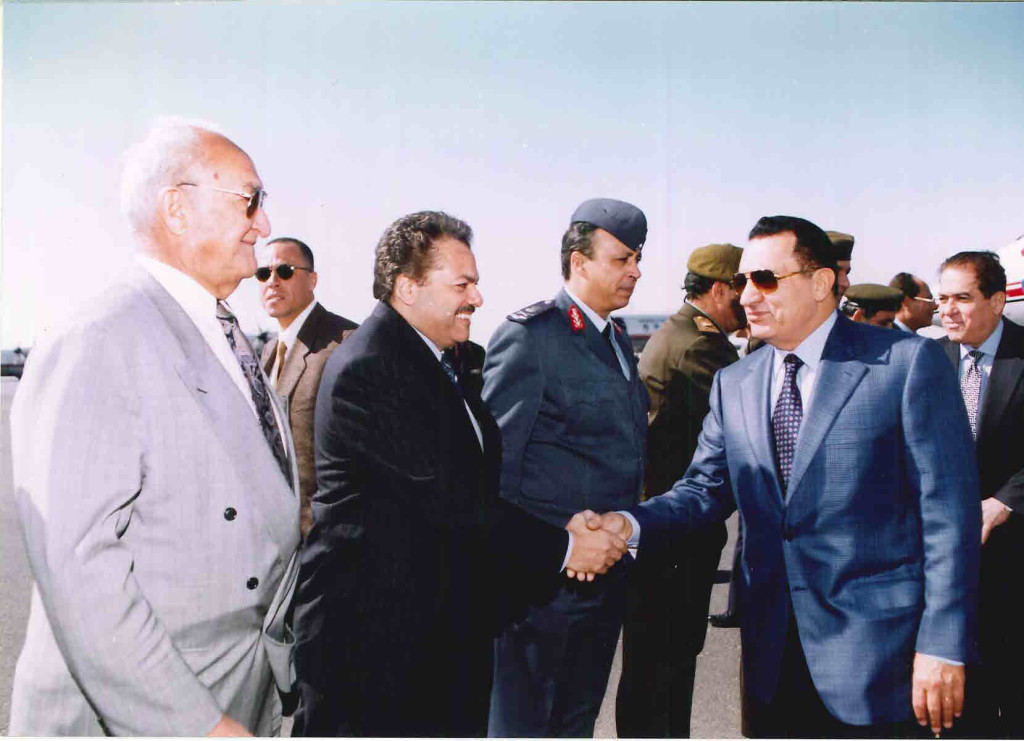 Mohamed Abul Enein, member of the House of Representatives and business magnate, mourned the late President Mohamed Hosni Mubarak who died at the age of 91 years.

He recited a verse of the holy Koran that says, ”Oh, that a reassured soul, come back blessedly to your Lord, join my worshipers and enter my gardens”.

The homeland is eternal but the people are fleeting.

But what people do for the sake of the homeland must be remembered, be immortalized by the minds of all citizens and be glorified by history.  The eternal deeds of the immortal leaders must be echoed by the tongues of the faithful and the nobles.

Indeed, history registers what we have done either positively or negatively.

Abu El-Enein lauded Mubarak as one of the great heroes an honest ruler,steps down in a dignified manner.

He lived as a dignified man and died as a faithful citizen.

He is one of Egypt’s loyal and faithful men, great heroes, who did not sell its soil at the time of adversity, did not leave its door at the time of conflict.

The late President Mohamed Hosni Mubarak will remain a bright sign in Egypt’s modern history for his role in her glorious victories.

He was an integral part of the nation’s personality, an immortal name in her accomplishments over more than four decades in the second half of the 20th  century.

He was an air force officer, commander of it, vice-president and then president of Egypt.

Egypt, which we know, with her glorious past, noble present, knows neither disgust nor bias against her sons.

She did not hide a fact. She is faithful to those who are faithful and she was sincere with those who deserve that.  But she punished harshly those who behave badly.

However, Mubarak was a brave hero who emerged from its good land and its fragrant soil.

He put her to glory and saved her dignified place.

He wished to live in it and wanted to be buried in it.

He had what he wished for his homeland and what he wanted to be blessed by God.

In the memory of the championship, and tales of redemption, the late President Mohamed Hosni Mubarak nave lives long.

In international politics, Mubarak will keep his place for his long history, strong relations with the world, his historic leadership in the Middle East.

He had not traded in positions nor falsely known to compromise Egypt’s interest in rhetoric.

The late President Muhammad Hosni Mubarak had pros and cons. Today, we should celebrate a man who made the history of wisdom, and he led Egypt for nearly 30 years.

The country enjoyed security, stability, and peace in the course of Mubarak’s era.

May God have mercy on the late President Mohamed Hosni Mubarak, the October hero, protector of peace, the symbol of wisdom and the icon of loyalty.