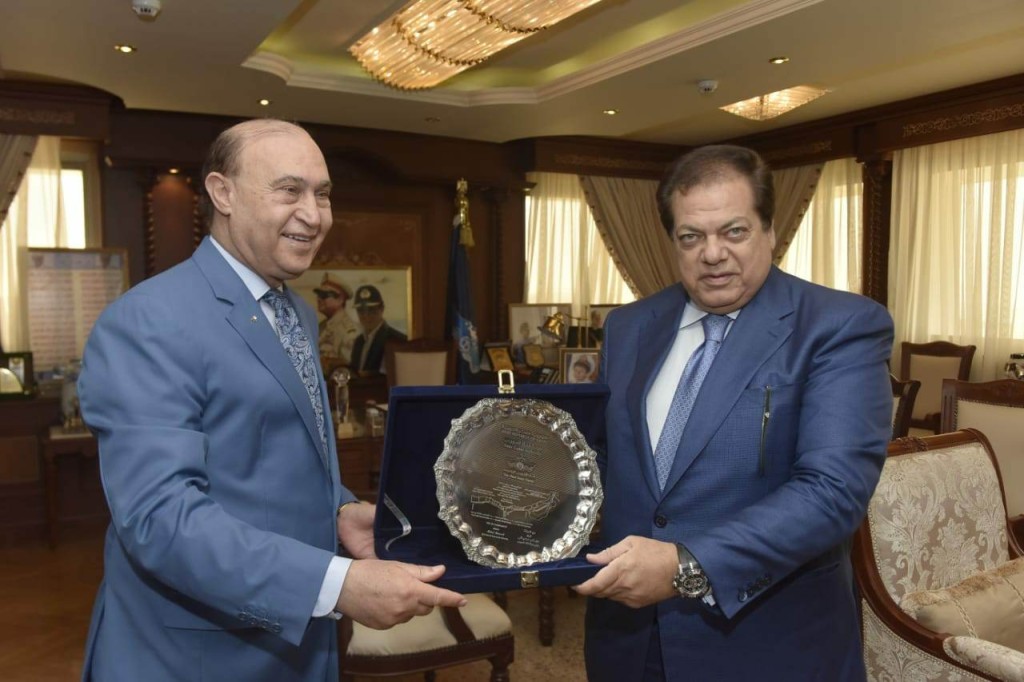 Chairman of the Suez Canal Authority (SCA), Admiral Mohab Mamish honored on Tuesday Egyptian Prominent Businessman Mohamed Abou El-Enein the Honorary President of the Parliamentary Assembly of the Mediterranean , by granting him “SCA” Shield in appreciation for his notable role in Egypt’s economic renaissance.

During their meeting, Abou El-Enein praised Mamish’s sincere efforts to develop Suez Canal Economic Zone to become one of the most important industrial, service and logistic centers in the Middle East.

Moreover, Abou El-Enien said that the Suez Canal Economic Zone is a promising area as it enjoyed a unique geographical location and had a great potential to become an international investment hub.

Abou El-Enein also called on all Egyptian businessmen to invest in The Suez Canal Economic Zone and to establish projects that would contribute to the country’s development and progress within the coming few years.

For his Part, Admiral Mohab Mamish stressed on the SCA keenness to encourage the local capital owners to start more projects in the Suez Economic Zone through simplifying the procedures and removing and solving any problem that may encounter Egyptian investors who have already launched major investment projects, especially in the southern sector of the Suez Canal Economic Zone  or the Industrial zone in el-Ain el-Sukhna.

Meanwhile، Mamish noted that his talks with Mr. Abou El-Enein tackled the means of widening the scope of cooperation between the SCA and Egyptian investors to settle any pending issues as well as ways to increase investments in el-Ain el-Sukhna area.