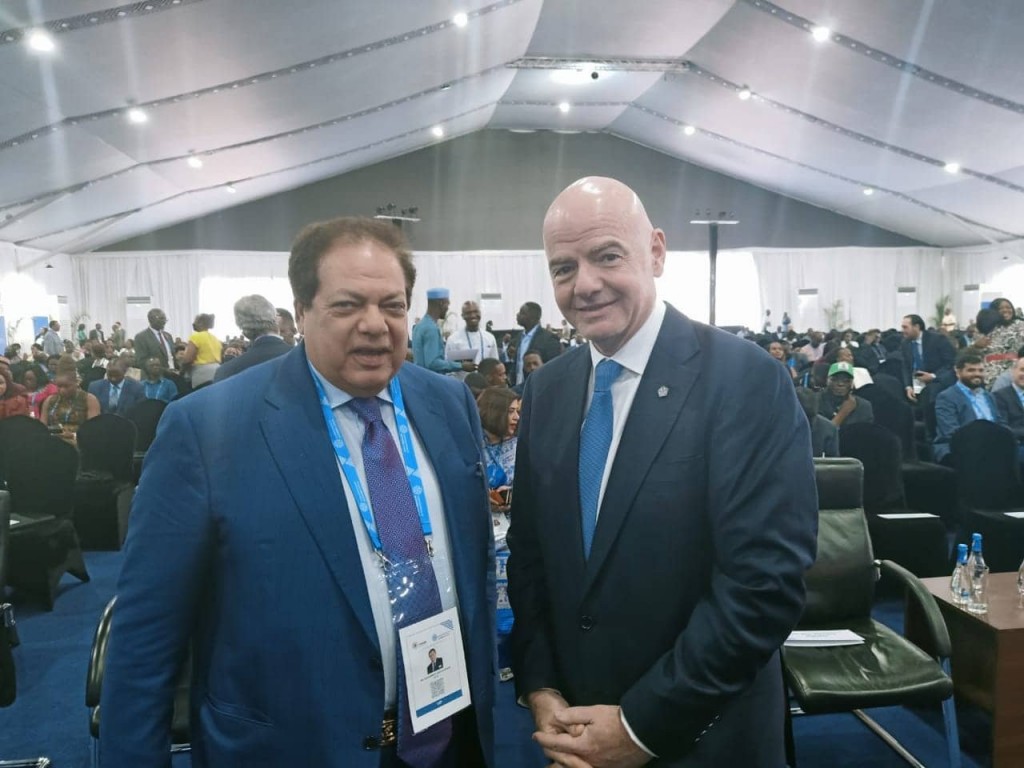 Earlier today, Infantino chaired a session entitled “Football is an inspiring force for Africa”, during which he presented the role of football in driving part of the economy.

During the session, FIFA President welcomed the attendees and reviewed some of the events that will take place in World Cup 2022, set to be hosted in Qatar.

He said that the tournament will witness a large public turnout and will be attended by millions of Arabs, especially as it is being held for the first time in the Arab region.

It is worth mentioing that, the activities of the “Invest in Rwanda” forum kicked off, earlier today, Thursday in Kigali.

Aboul-Enein, along with delegations and leaders of 54 countries attended the forum’s activities, most notably Heir to the British throne, Prince Charles, UK Prime Minister (PM) Boris Johnson, Candian Prime Minister (PM) Justin Trudeau and Rwandan President Paul Kagame, as well as  representatives of 15 kingdoms, which are members of the British Commonwealth of Nations.