Abou El-Enein: There Are Countries Supporting Terrorists, Aim to Destroy Some States

During his speech at the Parliamentary Assembly of the Mediterranean (PAM) forum, which takes place in Italy’s Naples, Abou El-Enein said that organized crime posed a serious threat to security, development, justice, human rights, and supremacy of law.

“Twenty years ago, the west only saw regional terrorism, despite the spread of organized crime everywhere. The world is now facing difficulty in confronting it,” the parliament deputy speaker clarified.

“Efforts exerted to combat organized crime shouldn’t only focus on its effects, but also on uprooting its roots,” he noted.

“We, as parliamentarians, have a responsibility, through legislation and oversight, to combat all the conditions that lead to the spread of organized crime,” Abou El-Enein asserted.

He stressed that the spread of crime occurred because of instability, conflicts, state weakness, and its inability to fulfill its security and development functions.

“The Arab spring events opened the door to weaken the institutions of some Middle East states,” Abou El-Enein added.

“Organized crime groups and terrorist groups spread as terrorists moved from Afghanistan to Sinai after the events of 2011,” he confirmed.

He added that some countries back terrorists, aiming at bringing down some states.

The parliament deputy speaker explained that the weakness of the state and its inability to confront security and economic challenges creates a fertile environment for the growth and spread of organized crime.

He pointed out that when the state is absent, gangs rise and when conflicts destroy the economies, the black economy flourishes, poverty increases, unemployment rises, and trafficking in people, drugs, weapons, and antiquities flourishes.

Abou El-Enein explained that the coronavirus pandemic, climate change, and the widespread use of the Internet created new activities for organized crime gangs.

He stressed that organized crime is spreading and not declining as figures indicated and pointed out that one billion small arms are circulating on the black market worldwide.

The parliament deputy speaker added that there are about 281 million migrants worldwide due to instability, conflict, inequality, and climate change.

He pointed out that many examples link the state’s weakness and the spread of organized crime.

“How was Libya before 2011 and how did it become the main center for the launch of illegal immigration to Europe?” Abou El-Enein continued.

He added: “How was Syria and Iraq and how did it become when it was overrun by terrorism that tried to create a state of it and how were half of the Syrian people that were forced to migrate to neighboring countries and the European Union.”

Abou El-Enein pointed out that everyone witnessed how girls in Iraq were subjected to slavery and how museums were looted and their contents were trafficked in the black market to finance terrorist activity. 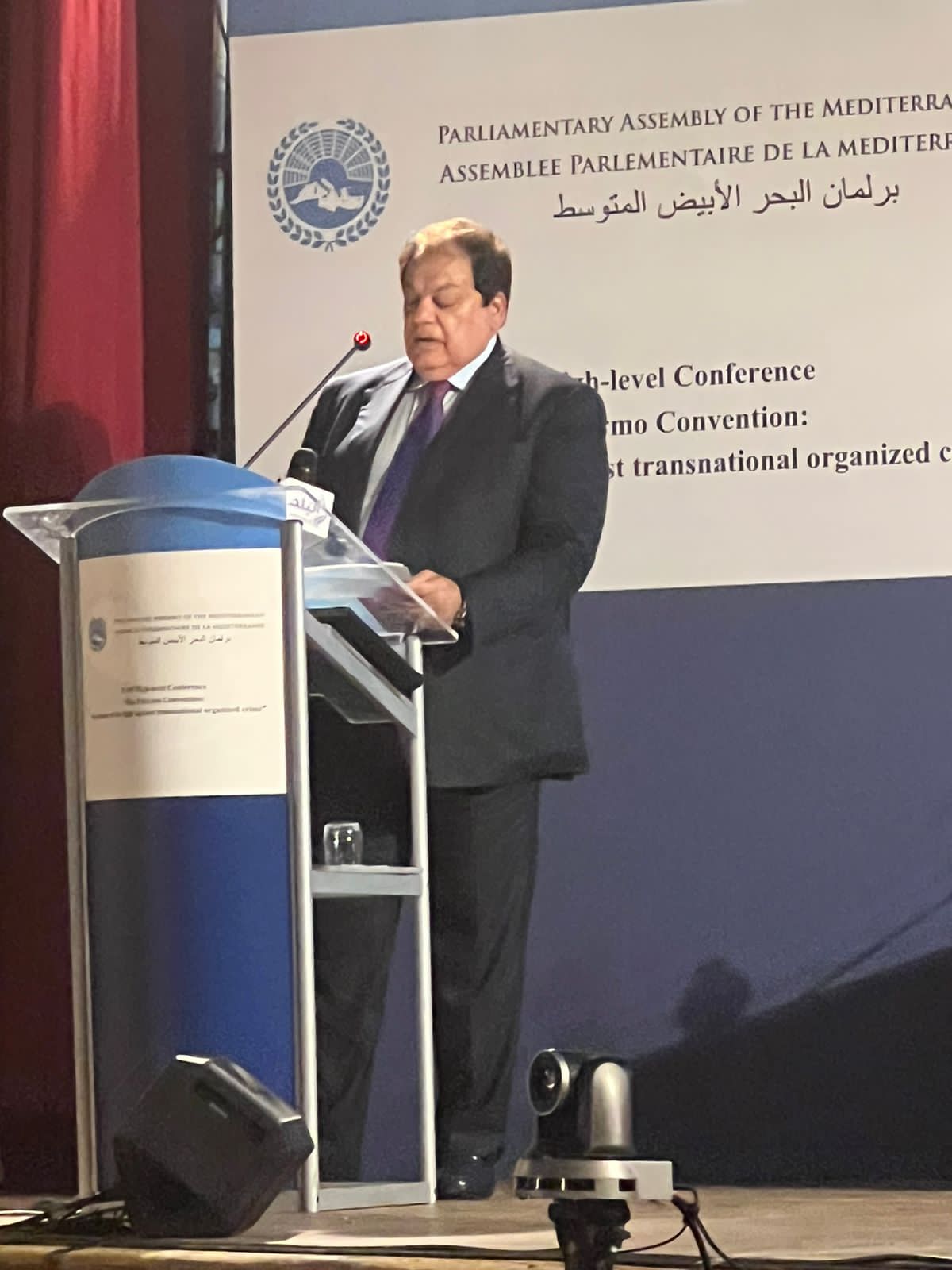 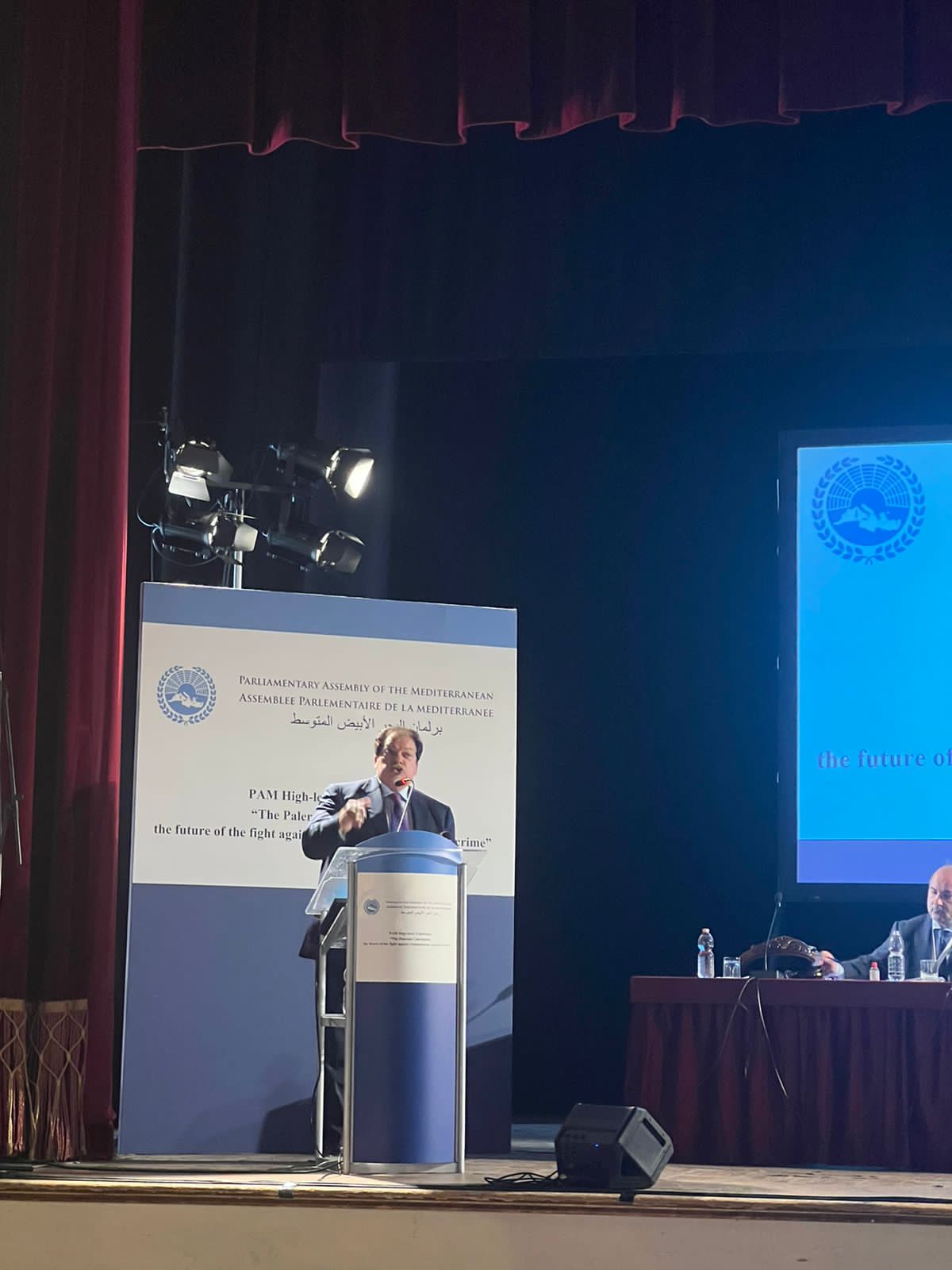 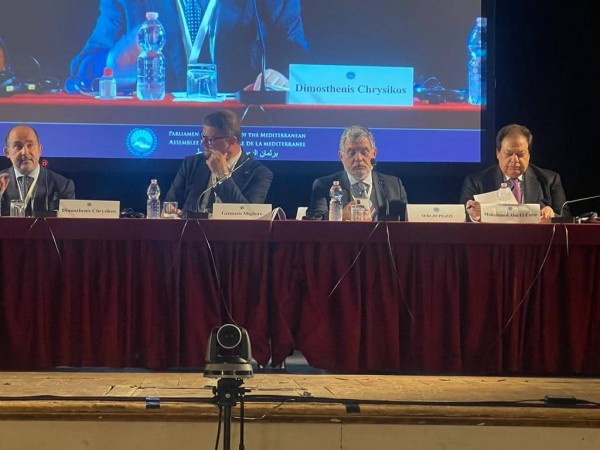