Home » News » President of the General Assembly of the United Nations to Abou El-Enein: No country has the right to deprive another country of its share of water . . even in the case of war Abou El-Enein: President Sisi raised the crisis of the Renaissance Dam at the United Nations to resolve the issue by negotiating due to its seriousness to the region 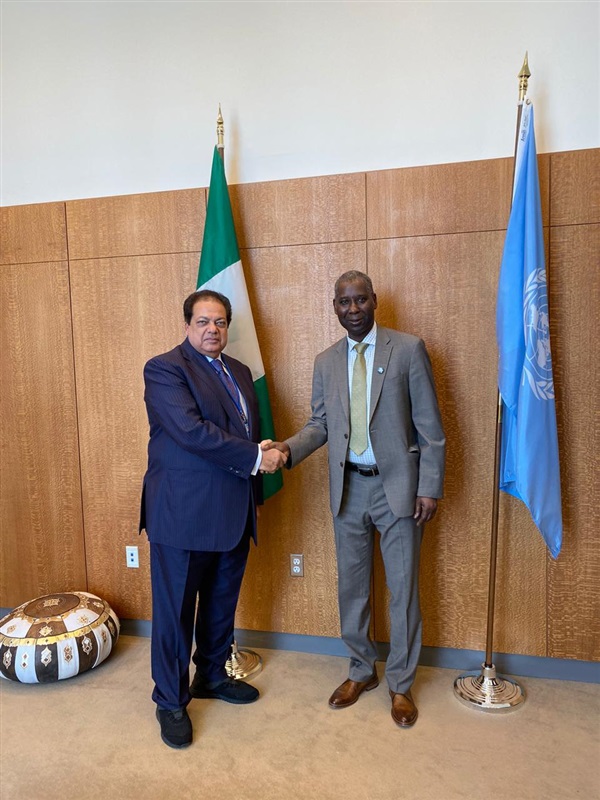 Egyptian businessman and Honorary President of the Parliamentary Assembly of the Mediterranean, Mohamed Abou El-Enein, held a meeting on Saturday with Tijani Mohamed Pandey, President of the United Nations General Assembly UNGA74 in New York.

During the meeting, Tijani stressed that no country has the right to prevent water from reaching to another country or to break previous agreements even in case of war between them.

He added that water is a human right, pointing out that the current crisis of the Grand Ethiopian Renaissance Dam (GERD) between Egypt and Ethiopia must be solved by negotiation.

The UNGA74 president added that the GERD crisis would be one of his top priorities during the coming period, adding that he will intervene to hold tripartite meeting with Egypt, Sudan and Ethiopia as soon as possible to reach a diplomatic solution to put an end to that issue.

During the meeting, Abou El-Enein reviewed Egyptian President El-Sisi’s talks before the United Nations General Assembly regarding the GERD crisis, which will result in serious repercussions on Egypt and the whole region, pointing out to Addis-Ababa’s intransigence in dealing with that crisis.

He added that President El-Sisi called on the international community to politically intervene to resolve the crisis through peaceful negotiation that will preserve Egypt’s rights in its share of the Nile water as well as maintaining Ethiopia’s legitimate right for development.

He pointed out that El-Sisi’s statements show full keenness to enhance strong relations with the African continent countries, accusing Ethiopia of violating international agreements and laws on water and the Nile Basin countries.

Abou El-Enein confirmed that Egypt is not against Ethiopia in constructing its dam.

He also pointed out to Sisi’s priorities in continuously fostering Egypt’s relations with African countries, and the necessity of working together for a better future for the Black Continent.

He noted, “The Egyptian people were only 20 million souls when the 1959 Nile Waters Agreement was signed and they were getting 55 billion cubic meters of water”, adding, “We are now more than 107 million and our share of Nile is supposed to be increased not decreased”.

Abou El-Enein explained that Ethiopia’s decision to fill the dam without reaching a real agreement among Egypt and Sudan is a dangerous indicator due to the decline in Egypt’s share of Nile that will result in devastating repercussions on Egypt’s farming and electricity.

He concluded his talks as saying, “Nile water for Egypt is a matter of life and death” 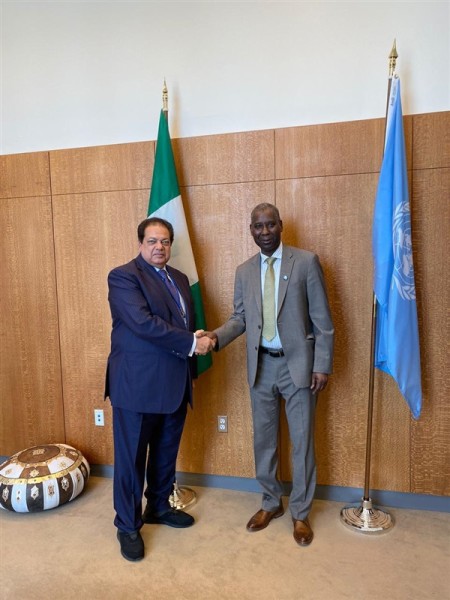 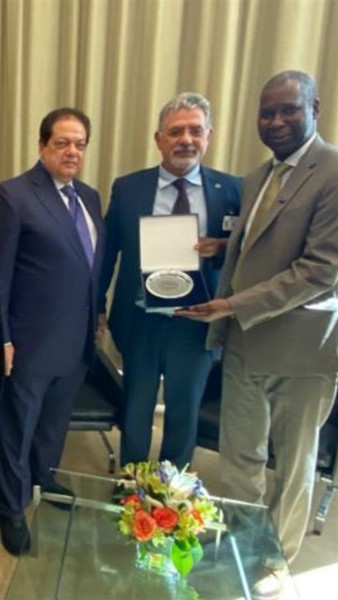 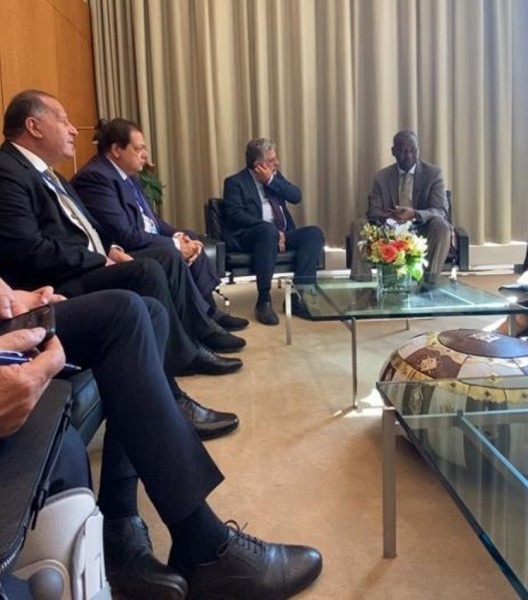