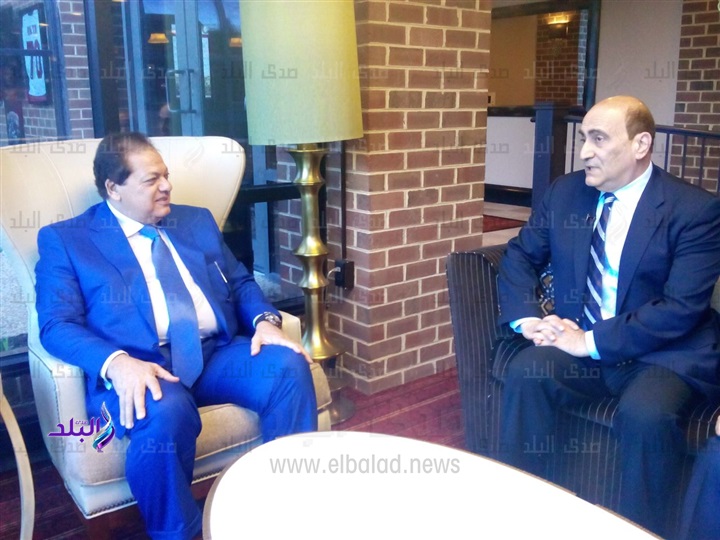 The meeting dealt with issues related to the future of the Egyptian-American economic partnership and means of supporting Egypt in its war on terrorism.

Abou El Enein stressed on the need for the United States to support the Egyptian economy، not through financial aid، which is being reduced from time to time، but through a real partnership through the transfer of American technological expertise to Egyptian factories and training of workers in Egypt، during the meeting.

He explained that this way both US and Egypt would benefit from a win-win situation، as Egypt is considered to be a huge market for US investments and a gateway to promising African markets.

The honorary president of the Euro-Mediterranean parliament pointed out that the aid-based economy may collapse in its first crisis، as a result the Egyptian business community must manufacture various raw materials to realize the added value of products. He stressed on the need to reevaluate the Egyptian-American economic partnership in the current period، in order to bring real benefits to the Egyptian and American peoples.

For his part، Phares expressed his happiness to meet Abou El Enein and learn about the reality of the economic situation and requirements of the Egyptian industry in this new and historical stage between the two countries.

Phares pointed out that he explained to members of Congress the dangers faced by Egypt in its war on terrorism، stressing the need to build bridges between the Egyptian and American people. The US adviser urged on the need to establish constant communication between representatives of the Egyptian society، such as Abou El Enein and Congress، as well as US think tanks، in order to explain the reality of the economic situation in Egypt.

On the other hand, Businessman Mohammed Abul Enein met representatives of Nation Future, and Free Egyptians parties , stressing that the different visions about democratic foundations are the most important pillars of building the modern State.

He  gives an example to The United States, which has many nationalists within its demography, yet despite their differences in sex, religion and color, they are united by the democratic foundations and policies designed to achieve the American dream.

Moreover, Abul Enein added that the national project of any country forms its culture, asking Egyptian youth to support President Sisi, and his project “Egypt 2030”.

Abul Enein added that President Abdel Fatah Al-Sisi took a number of hard decisions in order to create a better future for our youth.

Moreover, Abul Enein said that when Hong Kong restored from the British Crown, China stressed that it would seek to turn the country into a new Hong Kong in terms of economy, which is already achieved after years.

Abul Enein also pointed out that the new though requires transferring to small and medium industries, which do not need large capital and provide employment opportunities.