Mohamed Abou El-Enein, Honorary President of the Euro-Mediterranean Parliament, said that the “Day of Jihad” is celebrated by every Egyptian.

Abou El-Enein added that during his participation in the Wafd Party celebration of its 101st Anniversary, which was broadcast by the TV presenter Hamdi Rizk, he felt with the Wafd Party the solidity of the nation and the struggle of its loyal men.

He added that the 1919 revolution is a long-standing revolution, pointing out that Egypt wants the political parties to be active in the Egyptian street and national parties to compete, adding work for their country.

He pointed out that the world witnessed that the Egyptian soldier is the best soldier in the world who fought colonization and occupation and still fights terrorism. 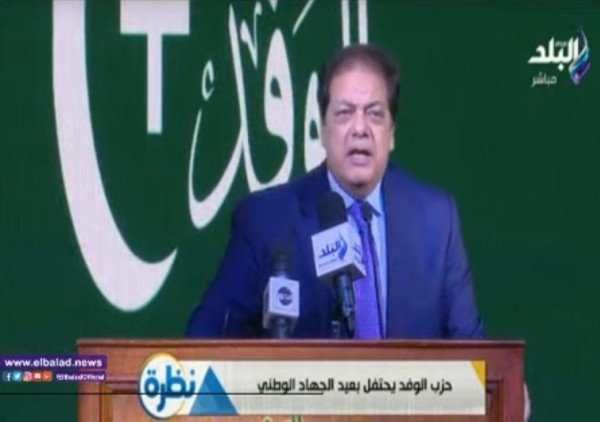