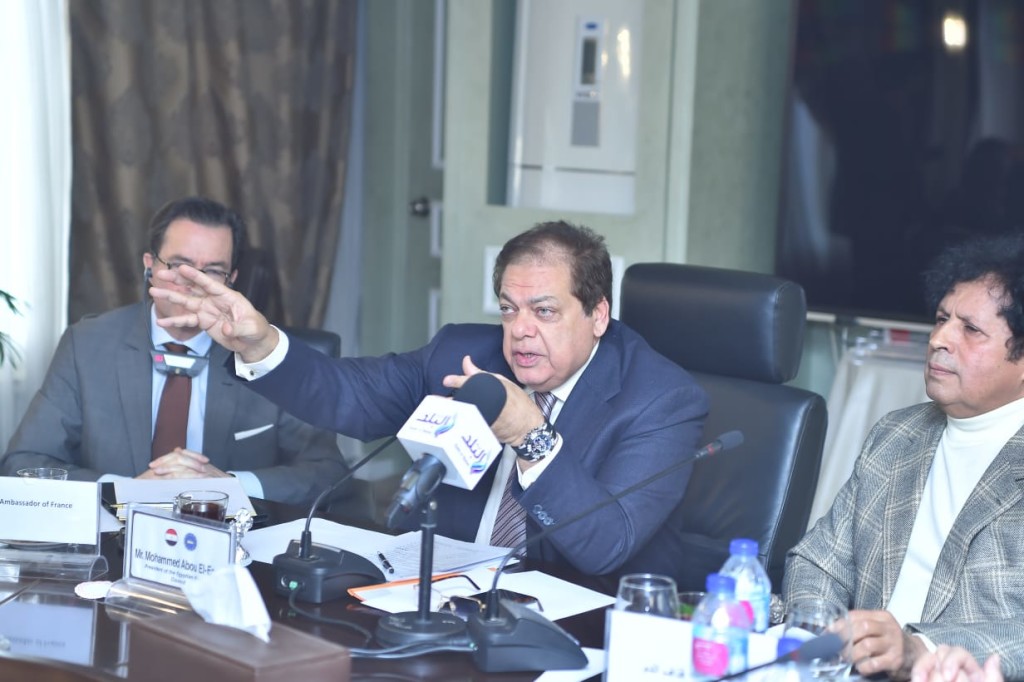 The Egyptian-European Council praised Egypt for commitment with political solution and her right to legitimate defense and protecting her western borders.

The council calls the international community to take responsibility and stop greedy foreign intervention in Libya which feeds terrorism.

Egypt will be very serious to defend her national security
Ethiopia’s insistence on filling the Renaissance Dam brings complicated repercussions on stability and regional security.

The council chaired by Lawmaker Mohamed Abul Enein affirmed its full support for all procedures taken by Egypt to defend her stability. Security and water are the worrying developments in Libya and the Ethiopian Renaissance Dam.

The council appreciated the Egyptian efforts to implement comprehensive political settlement in Libya as Cairo presented an initiative that is consistent with all international resolutions.

It assured that President Abdel Fattah El-Sisi is keen to restore stability and security to Libya within the frame of the Arab, Egypt, Mediterranean and North African national security.

The council said that President’s Sisi response to the Libyan parliament and tribes is a response to all categories of the Libyan people which rejects foreign intervention and supporting that people to deter aggression which aims at ransacking the Libyan resources.

The council appreciated the stance of the Libyan parliament and tribes towards Egypt which pushes political solution in Libya without agitating enmity, fighting and deepening hatred among the Libyans.

The council praised the statement that has been issued recently by the Egyptian Foreign Ministry which expresses Egypt’s stance as she shows more patience but will be very serious when she confronts any aggression on her interests and national security.

The international community is responsible for applying El-Sisi’ initiative

The council urges the international community to take responsibility and respond to initiative of President El-Sisi to find comprehensive solution that assures integrity and security of the Libyan territories, restoring institutions and getting rid of terrorism and extremist groups.

Egypt seeks to put end to foreign in Libya which causes more divisions among the Libyans and nourishes terrorism in the region.

The council stresses that it is necessary to compel the acting Libyan government and Turkey to cease fire at one in Libya and withdraw the foreign forces from Libya.

It confirms that the political solution is the only approved approach to terminate the conflict and bring stability which answers ambitions of the brotherly Libyan people.

Egypt is keen to save blood of the Libyan people

The council praised Egypt’s awareness to save blood of the Libyan people and prepare for cease fire and launching the political comprehensive process under auspice of the United Nations (UN) according to outcomes of Berlin’s conference and implementing Cairo Initiative which stipulates the dissolving of militias, delivering their arms, stopping foreign intervention in Libya and freezing support to the extremist forces in Libya.

The council stressed that if military escalation and foreign intervention continue in Libya, Egypt has the right to protect her national security according to Article 51 of the UN Charter regarding the legitimate self-defense.

The council affirms that the Egyptian army is able to deter any aggressive party attempting to threaten Egypt’s security and safety.

It appreciated  recent speech by President El-Sisi who assured that the Egyptian army protects not threatens and builds not perish as Egypt has no interest in Libya save security of Libya and her people.

The council also praised response of President El-Sisi to call of counselor Aguela Saleh, President of Libyan Parliament and tribes sheikhs to support the Libyan armed forces at its war against terrorism and foreign intervention.

Egypt handles wisely with the file of Renaissance Dam

The council praised Egypt’s wise handling with the file of Renaissance Dam and her keenness to reach balanced and comprehensive solution to achieve interests of all parties through negotiations despite the Ethiopian ostentation.

The council revealed that it supports Egypt when if referred the file of the dam to the UN Security Council to take responsibility to prevent Ethiopia ‘s violations of International Law and adaptation of unilateral solutions which damage both Egypt and Sudan.

The council pointed out that insistence of Ethiopia on filling the dam without consent of Egypt and Sudan will bring destructive repercussions on peace and stability in East Africa.

The council calls UN Security Council and the African Union ( AU) to take responsibility and urge the Ethiopian party to care for rights and interests of Egypt and Sudan as the Nile water is the only source of fresh water and a case of life or death for the two countries.

The Nile River is also an international river so any country can’t build or run dams unilaterally which hurt others.