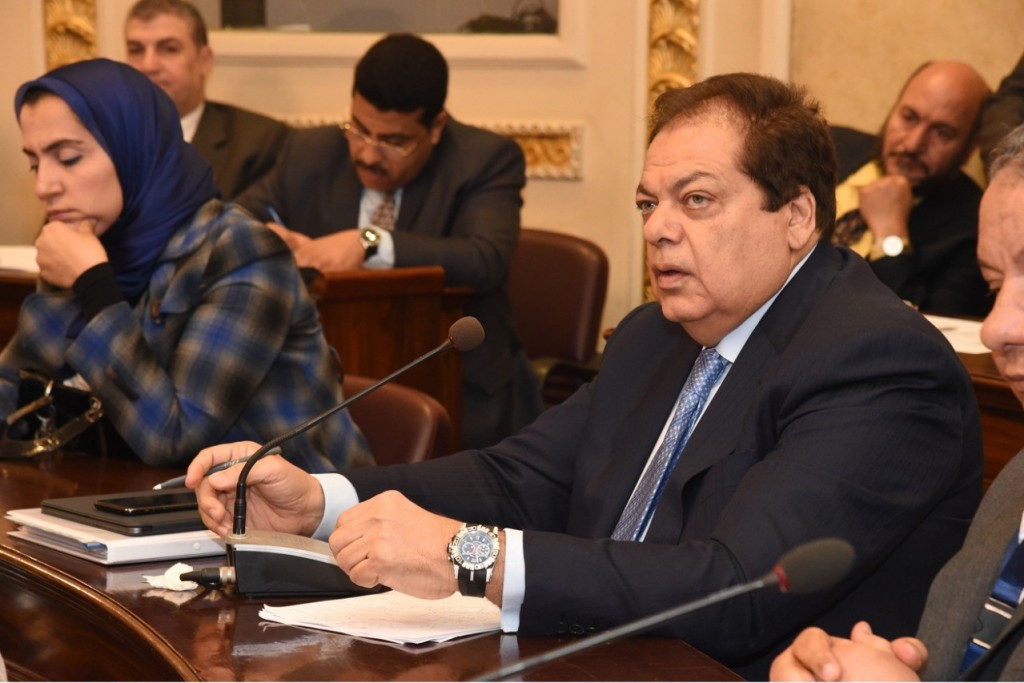 He added,while addressing the Committee of Industry at the HoR, that more efforts must be exerted to develop and widen the uses of technologies of fourth industrial revolution in Egypt.

President Abdel Fattah El-Sisi initiates and directs concerned officials to take the fourth industrial revolution into account as making the general plan of the state.

Abou El-Enein pointed out that Egypt needs to adopt a real strategy to merge into the fourth industrial revolution.

He revealed that President El-Sisi works to attain that target since assuming office.

President El-Sisi talked in one of his speeches about the out-dated of the first,second and third industrial revolutions,so Egypt must join the fourth one.

Abou El-Enein affirmed that the fourth industrial revolution should start with urban planning and establishing specialized industrial cities across the country.

He assured that the major countries in the world which joined the first,second and third industrial revolutions established the specialized industrial cities to minor and medium-sized industries,then those countries headed for the mega and giant industries.

He indicated that Egypt should work to acquire industrial and international fame by creating a real development of the local industries to take place among the developed countries in the world.

An international investor seeks to invest in Egypt but he wants more incentives to come here.

He inquires what the incentives are offered to the international companies to attract them to establish their hi-tech projects in Egypt.

Abou El-Enein suggests addressing the world in a new language and marketing Egypt within an international frame to encourage and attract more investment into the country.

He stressed the importance of training and empowering the worker and employee.

He warns that the real problem facing a foreign investor is the absence of the attentive human factor of their work and the importance of the investment.

Deputy-chairman of Mostqbal Watan party mentioned that  China is a model in establishing specialized industrial cities that reduce the cost of production and investment there and attract international companies and deepen industry by collecting similar companies in one place.

He made clear the previous parliaments prepared studies about that matter. The studies recommended removing obstacles that face licensing new companies.

Abou El-Enein assured that Egypt is ready to join the fourth industrial revolution. But he advised concerned officials to devise plans and make policies to maximize the added value of the resources and latent capabilities of Egypt.