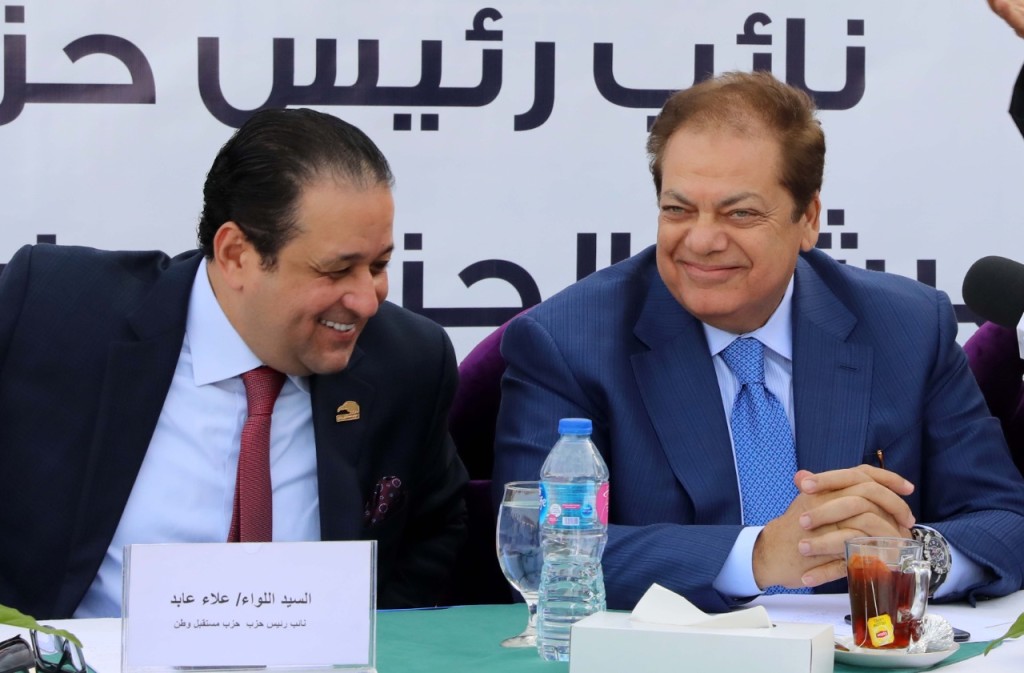 Egyptian renowned businessman Mohamed Aboul Enein,Chairman of the Egyptian European Business Council and the candidate for the parliamentary by-election in Giza district,announced that he is currently preparing a general plan aimed to upgrade the education system in Egypt.

During a meeting held on Saturday at the Teachers’Club in Giza,Aboul Enein confirmed that his plan is based on modernizing all educational curricula and solving any problems facing the teachers nationwide.

He added that all teachers’ requests will be reviewed by the concerned ministers,who,at once,will work hard to meet all obstacles,benefitting the educational process in Giza and all other governorates.

The Parliamentarian candidate emphasized that salaries and incentives of the teachers will be also reconsidered,highlighting the importance of keeping pace with the latest modern technology to enhance the development of the educational process.

Aboul Enein stressed that the educational system is a top priority for the Mostaqbal Watan party,which pays much attention to youth and women for their pivotal roles in advancing the country.

Aboul Enein pointed out that he is scheduled to work a new protocol to repeat the experience that was carried out in 2002 when he was a member of parliament,in which a book of 400 pages was made,written by 80 professors,that dealt with issues of Giza problems,in addition to establishing remedial classes for students,like the one that was organized before,and it came out early in the Republic.

He stressed the necessity of upgrading science,given that today’s competitiveness is based on it in the first place,and it is also linked to the capabilities of youth and increasing productivity.

MP Alaa Abed, Chairman of the Human Rights Committee of the House of Representatives, expressed his appreciation to the teacher club in Giza and Giza teachers for supporting prominent businessman, Mohamed Abou El Enein, Chairman of the Egyptian-European Business Council, in the parliamentary election in Giza district.

Said Ismail,head of the Giza Teachers Syndicate,announced his support prominent businessman,Mohamed Aboul Enein,the chairman of the Egyptian-European Business Council,in the parliamentary by-election in Giza district.
Speaking during a meeting at the teacher club in Giza,Ismail acknowledged his full support as well as that of Giza teachers to Aboul Enein.
Ismail said that he supports Aboul Eneinbecause there is always support for every faithful man,and this is what qualify him,stressing that the prominent businessman did continue to serve the people of Giza even while outside parliament. Ismail asserted that for Aboul Enein to be MP,doesn’t mean that he needs the position.

In his concluding remarks,the Head of the Teachers Syndicate in the center of Giza said:“Go ahead,with the blessings of Allah.. we are with you”,stressing that he is the best of those who deserve to represent Giza in the House of Representatives.

On his part,Mohamed Abdullah,Chairman of the Teachers Club in Giza,and the Secretary General of the Republic,affirmed the support of the Teachers Club and the Syndicate to Aboul Enein in the upcoming elections,indicating that the “Mostakbal Watan”party will have another brighter future with the presence of the business tycoon of Cleopatra Group in parliament.

Noteworthy, the number of the candidates in the parliamentary by-election reached 12 candidates, including 4 candidates in Giza district, and 8 others in Mallawi.

The by-election is scheduled to start inside Egypt on February 11 and 12.