Parliament Deputy Speaker Mohamed Aboul Enein participated on Wednesday in the activities of the African Trade Torch Launch event, which took place by the iconic Great Pyramid of Giza.

This event is held under the slogan of ‘From Cairo to Cape Town‘ to activate the Continental Free Trade Area’.

In his word, Aboul Enein welcomed participants and expressed happiness to take part in such a historic African event.

Here is his full speech:

Welcome to the good land of Egypt … between the walls of history and the greatness of our ancestors.

Happy to participate today in this historic event on the African continent.

The launch of the torch of hope and dream … for the future of the people of the African continent.

The torch of hope that lights up in Cairo illuminates our continent as far as Cape Town in South Africa.

The launch of the African trade torch from this historic place … under the foot of the pyramids carries a symbol and a message to the world.

A message that affirms that Africa, with its ancient history, natural wealth, and the arms and minds of its children, is capable of success and economic progress.

A message that affirms that today we face a new Africa … Africa of the future … a strong Africa.

Africa is full of determination, ambition, and hope for the future.

New borders depend on trade exchange … and regional integration between the countries of the continent.

The launch of the continental agreement represents a strong and important shift for the brown continent.

A turning point and the beginning of a new future .. and a road map for modern Africa.

Today, in this historic event that illuminates the capitals of the continent, we are realizing the first path of the dream of the founding fathers of the Organization of African Unity.

The dream of Abdel Nasser and Nichrome for African integration and the unity of the peoples of the continent.

We realize a 60 – year -old dream that will change the face of the African continent … and revive the movement of trade between our countries … and remove barriers . . it increases love among our peoples.

This dream is supported by the strong political will of all the leaders of the continent to move forward towards the place Africa deserves.

We are all filled with this pride in our African unity and belonging.

The holding of this historic event on the land of Egypt reflects its pioneering and honorable role on the African continent.

Egypt was one of the first countries to sign and ratify the convention.

Today, we must salute the prominent Egyptian role in launching the continental agreement.

We must salute President Abdel Fattah El-Sisi for his efforts in launching this great project during Egypt’s presidency of the African Union in 2019.

The heroic president who put the continent’s mega-projects (the century projects ) on the road to implementation.

Who puts Africa and its people in mind … and sees in the brown continent hope for a bright future.

We have to salute all the sincere African leaders whom history will remember for this great project.

Egypt, with its institutions, is keen to support the agreement and achieve economic integration among the countries of the African continent.

Egypt is putting all its capabilities to support the countries of the continent, raise their people, and provide their expertise to African partners.

Egypt has achieved a model in development during the past six years at the hands of President El-Sisi.

The inspiring Egyptian experience can be used to enhance the efforts of the Continental Free Trade Area.

Egypt is strong and developed… It is the force for Africa and its people.

The launch of the largest free trade area in the world will make the African continent the next “economic genie”.

It will change the face of Africa .. There are no limits to trade, investment, and industrialization on the continent.

It will create a new economic cluster worth 3.4 trillion dollars … and include 1.3 billion people on the continent.

The agreement will change the rules of the game in regional, international and African trade.

It will eliminate the disparity between the growing economic importance of the continent with its wealth … and its position in the global trading system.

We have a great opportunity for our region to become one of the most powerful economies in the world.

Especially with what the world is witnessing from the Corona pandemic … what will happen in terms of economic transformation after the pandemic.

Corona is an ordeal, but with the launch of the continental agreement, it could turn into an opportunity to accelerate economic growth on the continent.

It will bring about a shift in the industry, agriculture, and investment throughout the continent … the penetration of African products to global markets.

It will work to calm the conflict and disputes as it will create a single entity and make consensus in decision-making.

Africa after implementing the continental agreement is not Africa the same as before.

The world is well aware of the value of Africa’s wealth and what it can achieve in the future.

Had it not been for the Corona pandemic during the past two years, there would have been great change and progress in the brown continent.

The African continent possesses the wealth of the Fourth Industrial Revolution.

The continent of opportunities … and the locomotive of the global economy.

It has 95% of the world’s diamond reserves

Massive stock of uranium … the largest stock of solar energy

60% of the total agricultural land in the world

The richest continent in livestock, 450 million head of livestock

Africa, with its enormous natural resources, is poised to become a major industrial center by 2025.

We have tremendous opportunities to discover Africa’s wealth, attract investment, and offer promising opportunities in the continent.

We have to put in place ambitious plans to benefit from the continental agreement and break the boundaries and separations between the people of the same continent.

We should all take pride in what has been achieved .. this achievement for the African continent .. and put future plans to maximize the benefit of the Continental Convention.

We call on African countries to actively participate in the activity of trade movement between our countries to create a trade area that is the largest in the world.

We have to start commercial activities on a large scale … and facilitate laws and legislations that help increase the movement of trade.

We are required more than ever to make effort, attract investment, and market Africa with its wealth.

We have to have good marketing globally … create a global brand name for the African product … and provide a package of facilities and incentives for investors.

That every country on the continent possesses what distinguishes it from the wealth that enables us to localize different industries. Egypt is rich in electricity, Sudan is rich in livestock, and South Africa is rich in gold… All of these industries create a chain of added value and economic integration for our countries.

We need a strong role for the African economic blocs ( COMESA ), the Federation of African Chambers of Commerce … the Federation of Industries … businessmen associations, and major companies for the success of the continental agreement … and for African banks to contribute to stimulating trade by financing projects.

We must accelerate the expansion of future industries, and Africa’s entry into the fourth industrial revolution … lay down plans to prepare young people for the needs of the new digital revolution.

Work to spread the special economic zones system with laws, legislation, and special incentives that represent investment opportunities in Africa … and attract and settle industry and achieve productive specialization in the African continent.

We have to invite Africa’s partners to invest in mega projects that link Africa, the century projects, the Cairo / Cape Town development corridor, which would facilitate the movement of goods and support industry, and the electrical linkage project between Africa and Europe.

The continental agreement is an opportunity for investors to pump more investment in infrastructure for roads, railways, ports, energy, and information technology.

We must follow the example of the European Free Economic Zone and learn from the factors and secrets of its success.

The success of the continental agreement is a real test for achieving an economic and development renaissance that the people of the African continent dream of.

I am certain that the world will witness the launch of a new Africa .. a strong Africa .. Africa is one entity.

Soon visas between our borders will be canceled… Soon there will be a passport that holds the title of citizen. We are all one .. we are proud of our identity and our belonging to the black continent.

We seek an Africa where prosperity, integrity, peace, and love prevail among its peoples.

We have to look and work together towards tomorrow … a bright tomorrow that holds a better future for the simple people on our continent.

Tomorrow holds hope and good to hit the brown skin and white hearts.

May God help us for what is good for our country and our African continent.

Peace, mercy, and blessings of God 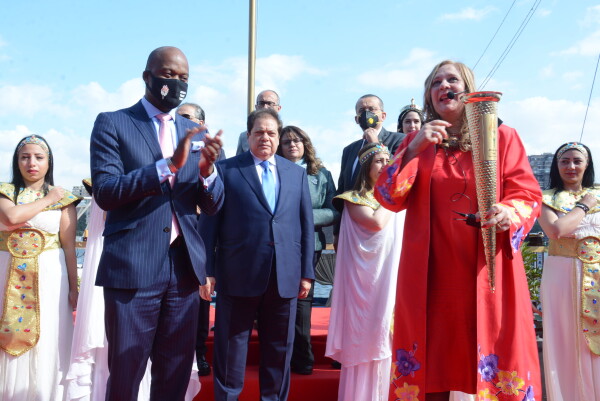 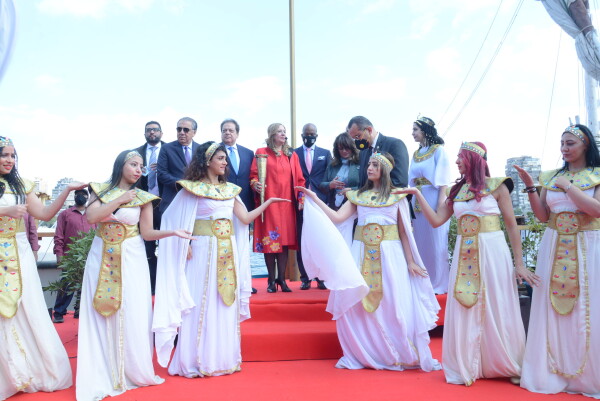 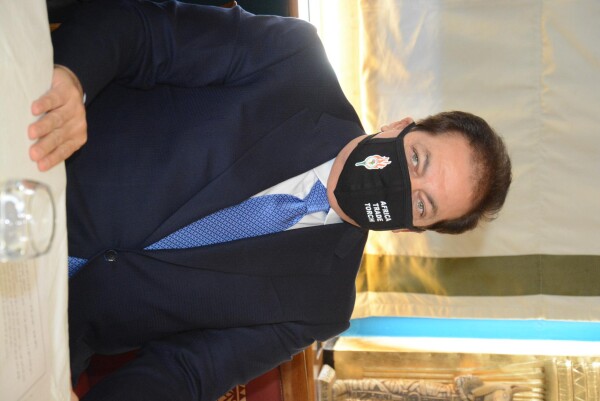 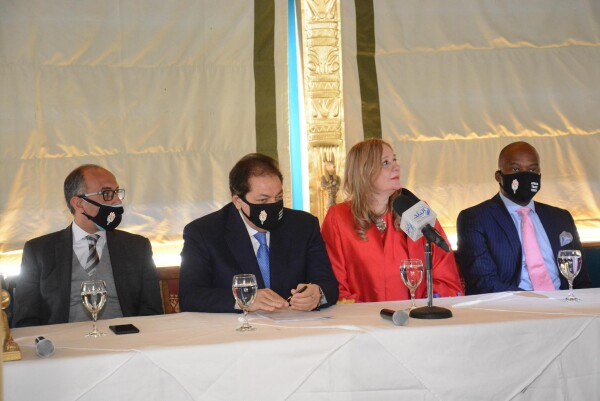 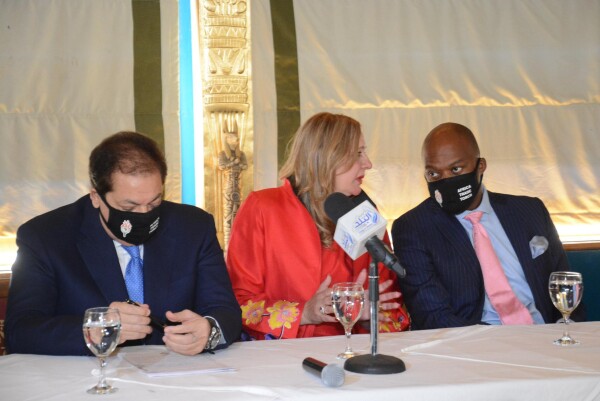 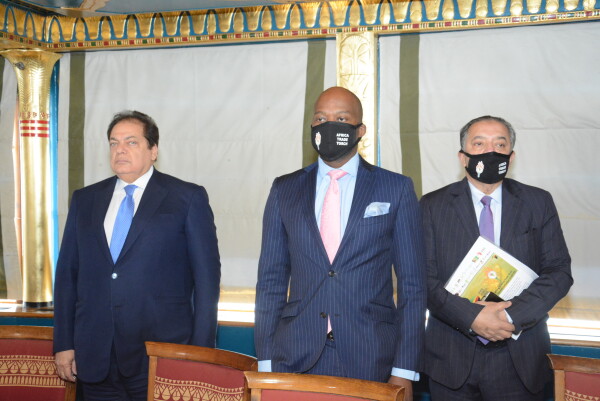 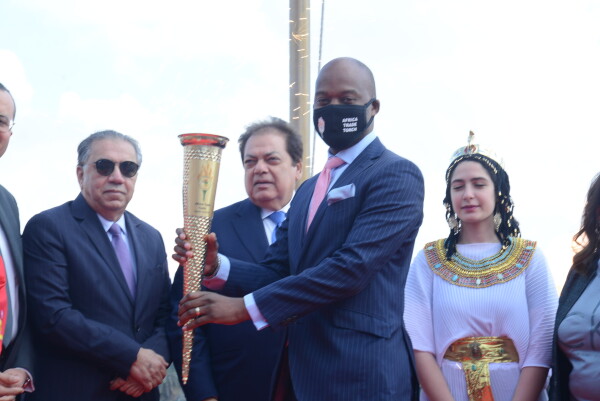 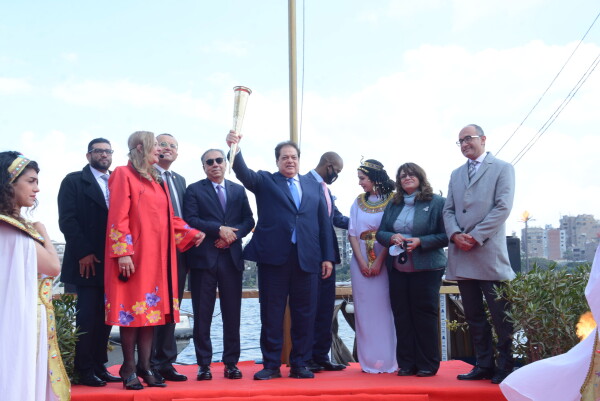 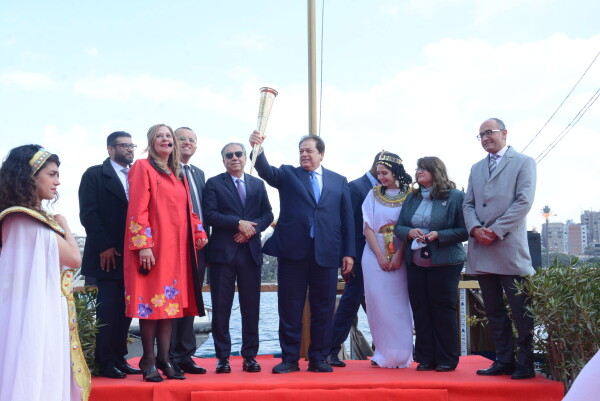 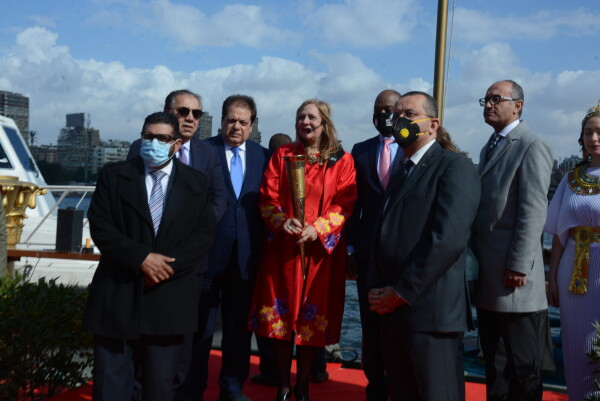 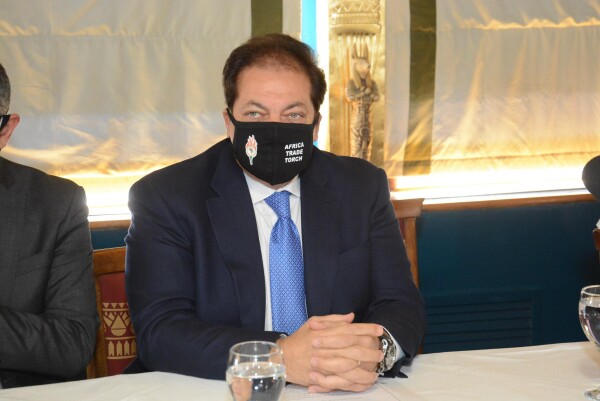 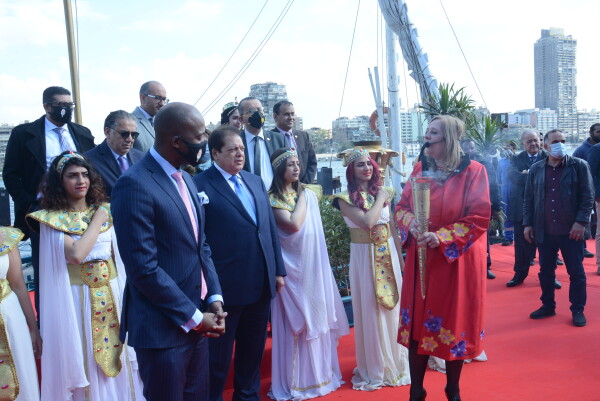