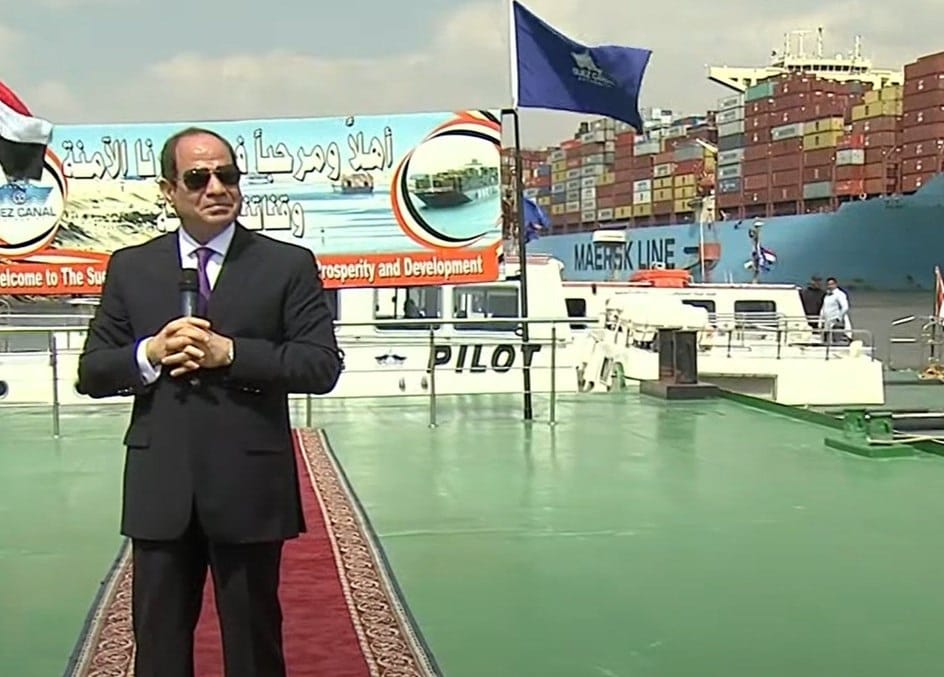 On Tuesday, Parliament Deputy Speaker Mohamed Abou El-Enein said that President Abdel Fattah El Sisi’s visit to the Suez Canal had a great impact on reassuring the world. The visit confirmed the return of maritime navigation and the end of the delinquent ship crisis, and that the Suez Canal has more than a century and a half of experience in managing navigation.

In a post on his Facebook page, Abou El-Enein added: “President Sisi spoke about the positive aspects of the crisis, the world’s interest in the international shipping lane of the Suez Canal, and the importance of the new Suez Canal, which the skeptics tried to minimize.

Abou El-Enein explained that the world has realized that Egypt, with its geographical location and material and human resources, has become the hub of global trade and the greatest guarantor of economic balance and food security for the world.

He went on saying: “President Sisi also sent important messages to the world by talking about a new port system on the Red Sea and the Mediterranean sea, developing the existing Egyptian ports, and opening the Berenice port within two months and al Sokhna port which is the larger port on the Red Sea coast within two years.”

The parliament deputy speaker indicated that Sisi talked about the development of new systems in the movement of transport and goods, and the development of roads and railways to meet the needs of global trade. He noted that this is good news for investors around the world, as Egypt will become at the forefront of countries attracting investments during the next stage.

He concluded: “We support President Sisi’s steps towards building modern Egypt and crossing into the Second Republic with the grace of God and the determination of the Egyptians.