Abou El-Enein in his participation in the 74th UN session: Egypt’s presence gives it political weight Forthcoming talks with Portugal about economic cooperation 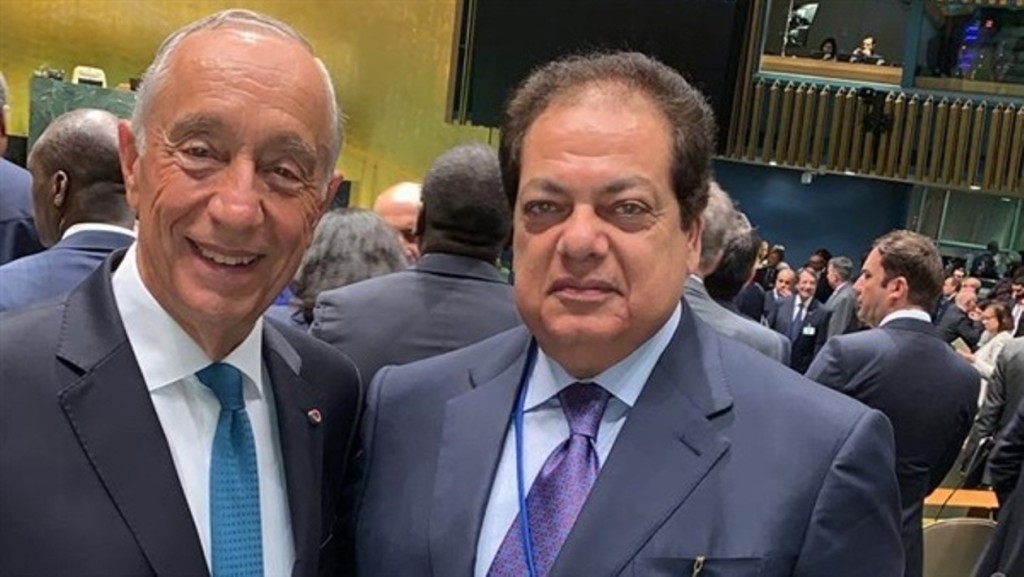 He stressed that Egypt’s participation in the United Nations meetings gives it political and economic weight, stressing that in those meetings it does not only represent itself; but as the President of the African Union.

Abou El-Enein stated that the world has come to recognize Egypt’s return to its natural and true role, despite attempts to undermine its position and capabilities, noting that the political leadership is well aware of the difficulty of procedures and decisions, and the positive results of the political and economic reform are beginning to emerge.

He hinted that over the past 8 years, Egypt has dazzled the world with its real will to reform and build despite the harsh political conditions that it witnessed.

Abou Al-Enein added that there are organized and paid campaigns that seek to undermine the will of Egypt and its people, which is difficult to happen, especially since the Egyptian people have confidence in its leader and national institutions that have demonstrated in practice the seriousness of the reform steps they have taken to reflect on the economic life and public services of ordinary citizens, whether road networks, bridges, health and educational services, and others.

In the same vein, businessman, Mohamed Abu El-Enein, President of the Egyptian-Portuguese Business Council, met “Marcelo Rebelo de Souza”, the Portuguese President, in the meetings of the United Nations General Assembly at its 74th session, held in New York, USA.

“Abou Al-Enein” stressed during the meeting the depth of Egyptian-Portuguese relations, adding that the coming period will witness more cooperation between the two sides, according to the directions of the political leadership and its assignments to the government to open up to the countries of the outside world through the private sector and development companies, especially the European Union and the Mediterranean region.

The businessman revealed that there are talks that the Egyptian-Portuguese Business Council will hold to organize bilateral and multilateral meetings with companies and investors from the Egyptian and Portuguese sides.

He stressed that the council from the Egyptian side will hold meetings with the Egyptian businessmen associations and the investor union, to arrange upcoming visits and meetings between the two sides to learn about the promising opportunities in Egypt after the government approved a series of economic and investment legislation and the directions of the Central Bank of Egypt to reduce interest rates and the growing monetary reserve in the country, in addition to a tribute Funding institutions and international classification of the achievements of the Egyptian reform program.