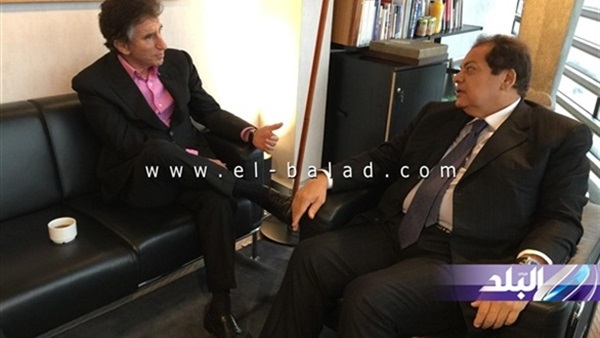 Mr. Jack Lang, President of the Arab World Institute in France received this morning, the well known businessman Mohamed Abu el-Enein, the honorary president of the Euro-Mediterranean Parliament in the headquarters of the institute.

The meeting addressed ways of encountering extremist ideology and terrorist in the world, in addition, they discussed establishing a branch for the institute in Cairo.

It is worthy to mention, Jack Lang is considered as one of the most prominent figures in France hence he served as the minister of culture, education besides he currently works as an Adviser to the Secretary-General of the United Nations Ban Ki-moon.