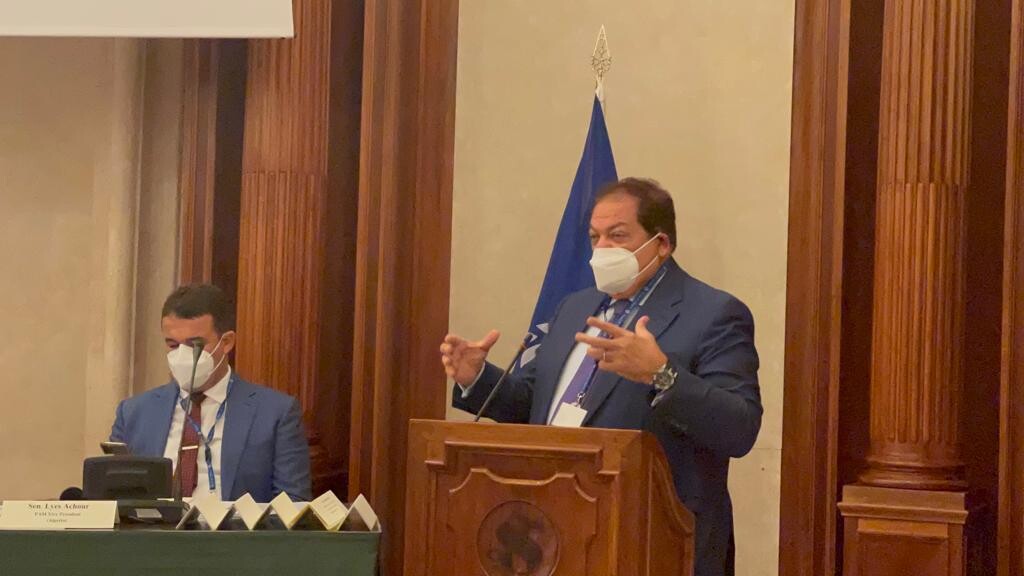 Mohamed Abou El-Enein, Deputy Speaker of the Egyptian Parliament, and Honorary President of Euro-Mediterranean Parliament stressed that there are great lessons to be learned from the Egyptian experience in development, as the state managed to achieve stability and sustainable development and eradicate terrorism at the same time.

This came during a session of the Euro-Mediterranean Parliament held in Italy last week.

“Egypt suffered from terrorism in the Sinai, which was planned to become a hotbed for terrorists, but the valiant Egyptian armed forces defeated them and the country managed to achieve growth and stability,” Abou El-Enein said.

“It was planned to transfer those in Afghanistan to the Sinai. I once said before the United Nations, yet, the Egyptian state thwarted this plan. It uprooted terrorism and took exceptional measures to defeat it, including applying the emergency law.”

The honorary president said that Egypt eliminated the terrorist elements, and became the land of security and stability, which made the political leadership abolish the state of emergency, pushing for more means of human rights, which some still pay lip service to as an excuse to interfere in the internal affairs of the country.

He stressed that human rights are not only what is being talked about in terms of freedom of speech and expression, but rather a large system related to the life of the citizen, including security, stability, decent housing, health care and good means of transportation.

He added that Egypt’s strategy for human rights is very ambitious, and there is a comprehensive concept, a new system and an integrated strategy.

Abou El-Enein added that Egypt is now trying to renew religious discourse, which makes the Egyptian experience, an experience worthy of a good study, as the growth rate has reached 5.6% in light of the pandemic, and in light of the war on terrorism.

He stressed that the real development in Egypt appeared in the construction of the new administrative capital, which is 3 times the area of ​​Greater Cairo. “There are new industrial cities, and development in all sectors, including agriculture, industry, housing. There is a huge renaissance that has not occurred in Egypt before; because of the will and determination of the Egyptian people,” he concluded.

On Sunday, Parliament deputy speaker Mohamed Abou El-Enein, the honorary president of the Euro-Mediterranean Parliament, said that some people are deliberately trying to falsify news regarding the Grand Ethiopian Renaissance Dam (GERD) crisis.

Addressing the session of the Euro-Mediterranean Parliament that was held in Italy last week, Abou El Enein explained that the population of Egypt is currently about 110 million people, and its share of Nile water does not exceed 55 billion cubic meters, which is the same since its population was 17 million. He added that this means that the per capita share does not exceed 500 cubic meters annually.

The MP stressed that Egypt suffers from water scarcity, adding that Egypt’s share of Nile water is “a matter of life or death and one could touch the country’s share of the river.

The Prominent businessman warned that the failure to end the Renaissance Dam crisis would pose a serious threat to stability and development in this region.

He pointed out that there are many historical agreements that cannot be ignored, saying that the Ethiopian intransigence threatens the course of cooperation between the Nile Basin countries, despite the United States’ several calls to resume negotiations.

Abou El Enein called on to the European Parliament and the Euro-Mediterranean Parliament to intervene to solve the GERD crisis, noting that Egypt always seeks to share its experiences with all Nile Basin countries, notably Ethiopia.

The MP expressed his disapproval of the unclear positions of some countries regarding the GERD crisis, stressing that this raises many doubts. He also warned against any foreign intervention to support Ethiopia at the expense of the downstream countries.

He underlined the importance of adopting a new vision by the Euro-Mediterranean Parliament with a view to activating relations between the north and south countries of the Mediterranean and enhancing cooperation among them.

He added that the African Union has become one country thanks to the agreements signed among 55 countries in the field of trade, the free market, and the new trade exchange system, explaining that rapprochement with the southern of the South will open new spheres to the European Union countries.

MP Mohamed Abou El-Enein, Egypt’s Parliament Deputy Speaker and Honorary President of the Euro-Mediterranean Parliament, stressed that the Arab spring has left major crises in the Arab countries, as it aimed to overthrow and destroy the national state, for the interests of other countries.

In his word before the Euro-Mediterranean Parliament session, hosted in Italy last week, Abou El-Enein praised the Arab peoples’ will, which no one will be able to defeat, highlighting the victory of Egyptians’ will against all conspiracies to overthrow the national state.

Moreover, Parliament Deputy Speaker added that some Arab countries are still suffering from interference as a result of the Arab spring.

In addition, the Honorary President of the Euro-Mediterranean Parliament explained that the first lesson learned from the Arab Spring is the exit of foreign mercenaries from all Arab territories, especially Libya, which is a direct neighbour with Egypt.

In this regard, the lawmaker hailed Libya, saying: “It is a great country, which enjoys valuable capabilities, as well as peaceful and respectable people.”

Abou El-Enein also noted that the Libyan crisis took place due to mercenaries and the entry of ISIS, as well as foreign states that are seeking to seize the Libyan wealth and capabilities, saying:” This will never happen amid the Euro-Mediterranean Parliament’s support.”

Moreover, he affirmed the parliament’s full support for the Libyan people, who presented a new lesson in their ability to free themselves from all external forces that interfered in their affairs.

Parliament Deputy Speaker continued that the second lesson learned from the Arab Spring is related to Syria’s crisis, and the entry of ISIS from everywhere.

Concerning Lebanon, Abou El-Enein stressed that it needs a quick move from all international powers and governments to provide assistance to the Lebanese people, who are living in darkness and suffering food security.

Parliament Deputy Speaker also praised the Euro-Mediterranean Parliament’s great efforts, saying: “This large parliamentary group has been able to define the problems that surround the Mediterranean countries; north, and south.”

Moreover, he valued Sergio Piazzi, Euro-Meditteranean Parliament Secretariat, who is always doing his best to present the whole entity in a perfect and prestigious form, thanks to his contacts and communications.

Abou El-Enein greeted the Arab Parliament Speaker, Mr. Adel Al-Asoumi, and all the representatives from the brotherly countries of UAE, Morocco, and Tunisia, expressing his happiness at the resumption of the Euro-Mediterranean Parliament’s activities.

Abou El-Enein: Palestinian Cause Is Still Priority for All Arab Peoples

Parliament deputy speaker MP Mohamed Abou El-Enein, the honorary president of the Euro-Mediterranean Parliament, stressed that the Palestinian cause will remain a priority for all Arab peoples, pointing out that it will remain pivotal in resolving the Arab-Israeli conflict, noting that the implementation of the two–state solution must be accelerated as it represents a right of the Palestinian people.

Addressing the session of the Euro-Mediterranean Parliament that was held in Italy last week, Abou El Enein called for a comprehensive peaceful solution, warning from the the consequences of the continuation of the Israeli policies on the peace process.

“Over 20 years of parliamentary debates, there were many decisions condemning the Israeli settlements and attacks, and there were calls for the unifying of the Palestinian ranks, but in vain, and after a period of time the priorities of many peoples and governments in the region have changed, therefore those who want to float the cause or postpone its presentation, do what they want”, the Parliament deputy speaker added.

He called on the parliamentarians to have a unified appeal in specific sectors, especially after what happened to the Arab countries during the Arab Spring, noting that dangerous consequences of the foreign interference in the Arab nation internal affairs will have repercussions on Europe as well.

“year ago, I warned before the United Nations that the major danger is the foreign interference in the Arab world internal affairs”.

Abou El Enein stressed that it is time for all these forces to come out with a unified, parliamentary, governmental position, noting that there must be unified and strong parliamentary action to reach solutions.

The honorary president of the Euro-Mediterranean Parliament called for a unified and binding parliamentary position to implement these recommendations related to climate issues. 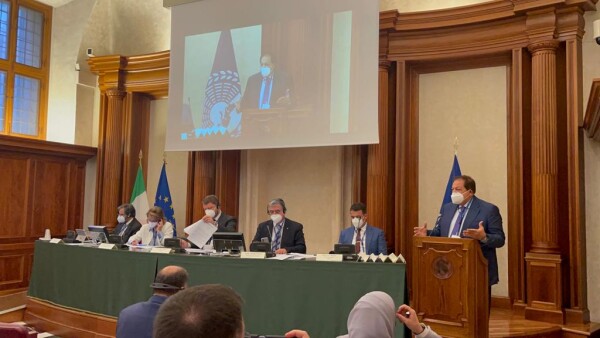 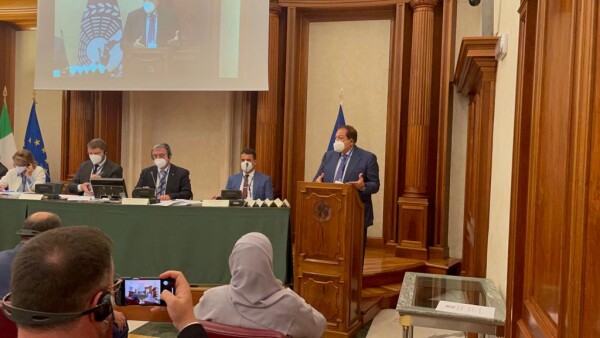 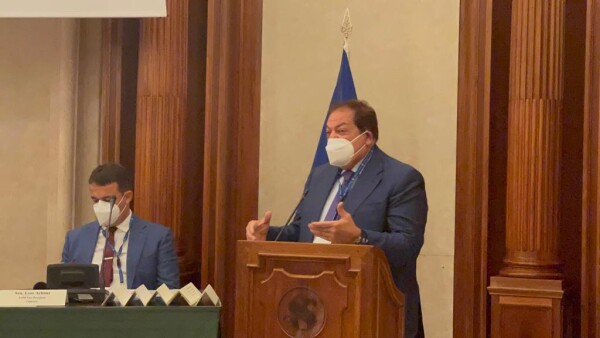 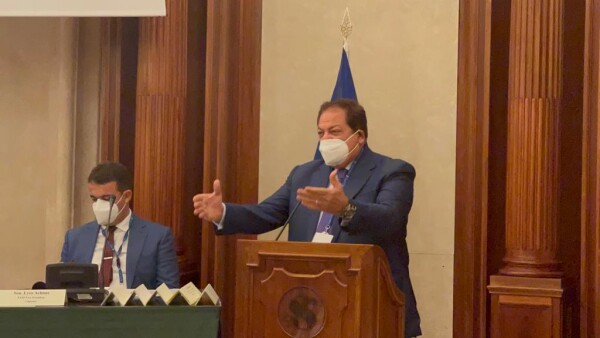 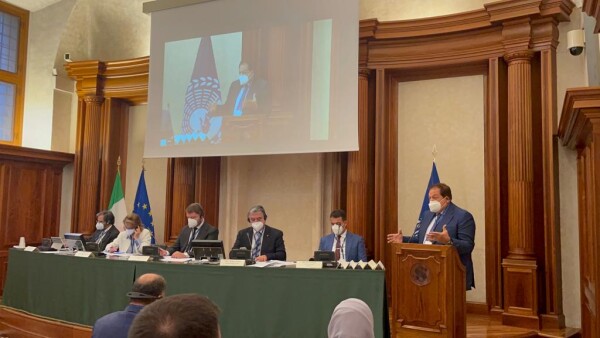 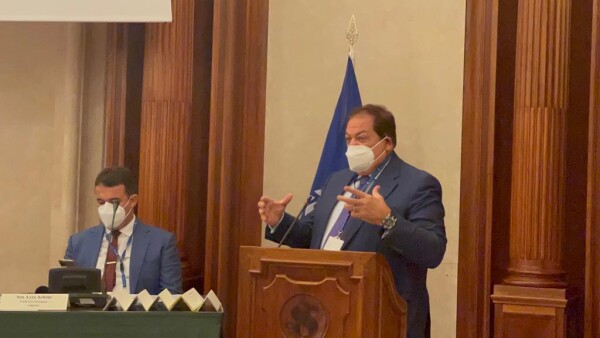 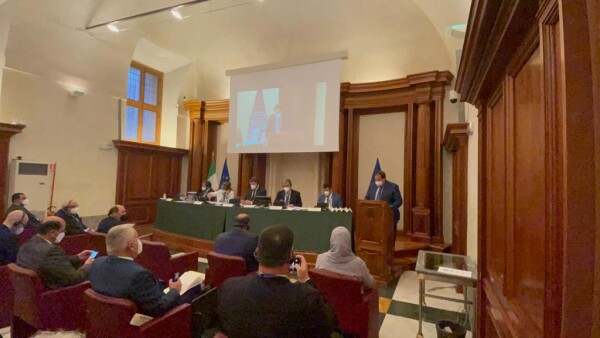 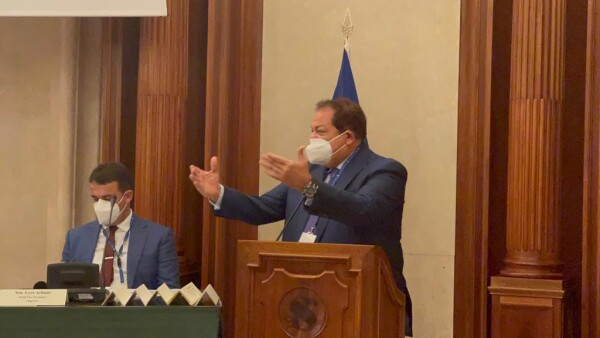 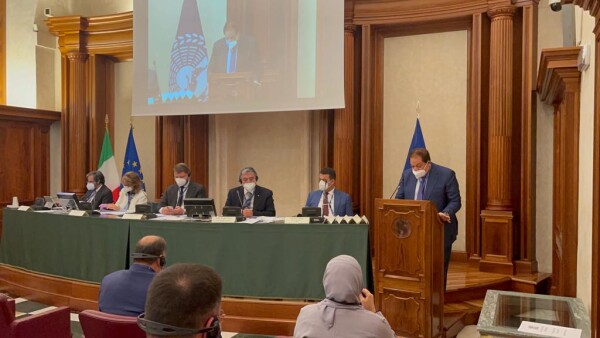 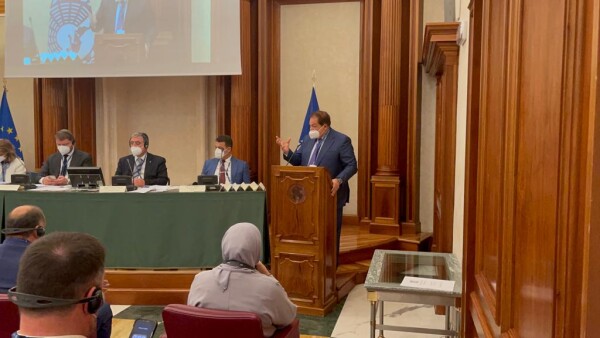 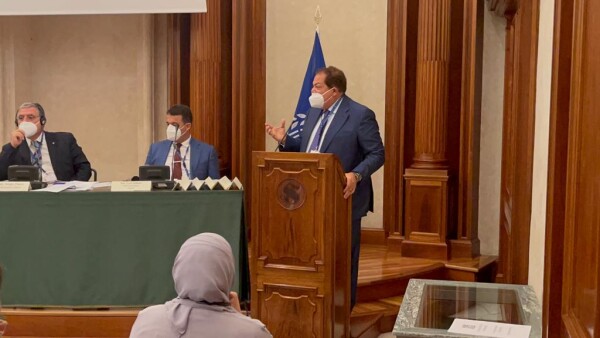 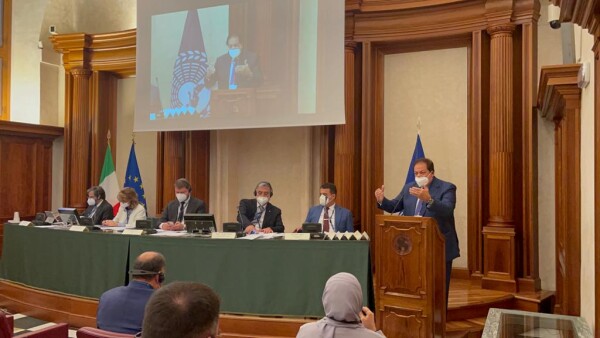 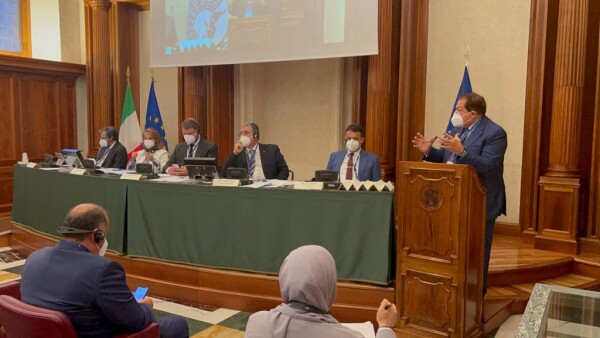