Home » News » Mohamed Abou El Enein: The Holy Family’s trip will be a reason for developing the tourism sector The Grand Egyptian Museum is a genius cultural event

Mohamed Abou El Enein: The Holy Family’s trip will be a reason for developing the tourism sector The Grand Egyptian Museum is a genius cultural event 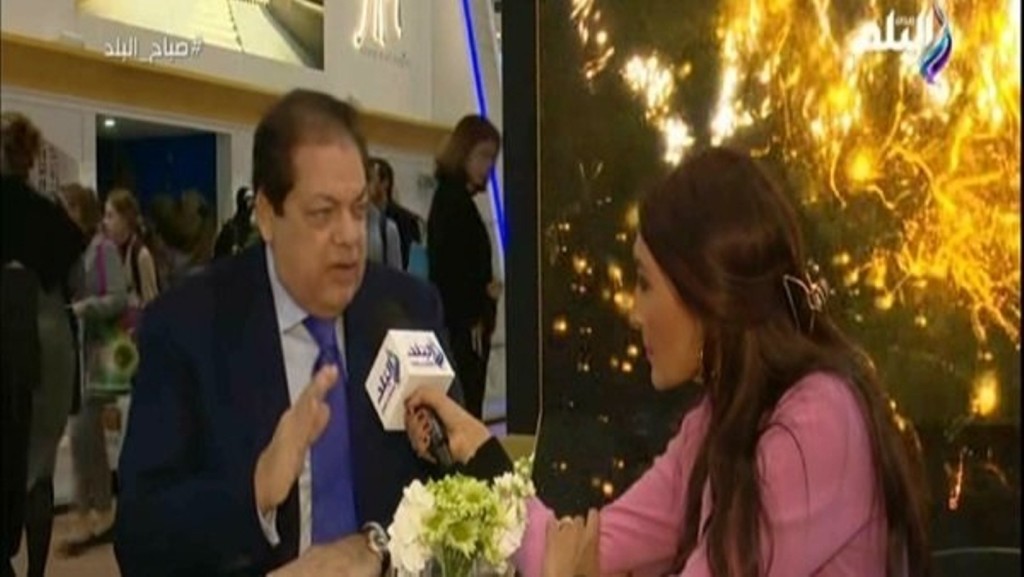 Well-known Egyptian businessman Mohamed Abou El Enein, the Honorary President of the Parliamentary Assembly of the Mediterranean  took part in the activities of the 2019 World Travel Market (WTM) in London, UK, along with South Sinai governor Maj. Gen Khaled Fouda.

Abou El-Enein: Egypt has a problem in marketing its tourism potential globally

In an exclusive interview with Anchor Rasha Magdy on “Sada ElBalad” TV channel, Abou El Enein affirmed that he is always keen to attend the tourism and industry exhibitions to benefit from views’ exchange and to convey the true image of Egypt abroad.

“Nearly 12 million tourists visited Egypt last year… This is a remarkable number for sure, but we deserve more,” he added. “Egypt enjoys many outstanding beaches, monuments, and events that can be used for tourism marketing.”

Abou El-Enein: The reason of my success in Japan is the insist to success

In this regard, the businessman underlined the importance of cooperation between the private sector and the government to propagate Egypt’s tourism globally via a comprehensive media marketing strategy.

Moreover, he referred to the success achieved by Ceramica Cleopatra group in Japan. “Our brand is highly demanded in major projects there including; hotels, metro and railway stations.”

Abou El-Enein: The Holy Family’s journey will be a cause of the tourism sector development

“Egypt has faced many challenges over the last period, yet it has succeeded in achieving many notable achievements and progress,” he added.

Concerning Luxor international airport, Abou El Enein asserted that the state should pay interest to its development, and upgrade in the light of the successive archaeological discoveries, and the forthcoming opening of the Grand Egyptian Museum (GEM), set for 2020.

Moreover, the industry man warned against the dangers that baseless rumours pose to the state, urging media to play a role in confronting those allegations and raising awareness among Egyptians.

Abou El Enein: El Sisi has achieved a qualitative leap in the lives of Egyptians

Last but not least, Abou El Enein expressed hope to launch a new program on “Sada ElBalad” TV Channel, entitled “Modern Egypt Vision” to receive citizens’ ideas and views, sharing them on the website in an interactive form.

In addition, he expected double-digit growth in the number of tourists visiting Egypt annually, noting that Egypt has astonishing tourist potentials than any other country in the whole world.