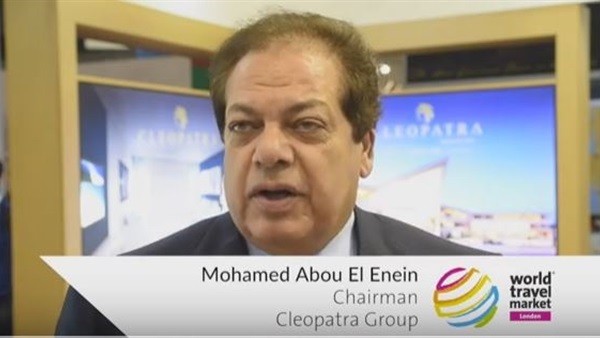 Mohammed Abul-Enein، Chairman of Cleopatra Group and honorary president of European parliament، called on Monday on the British government to resume flights to Sharm Al-Sheikh.
During a TV interview on the official website of the London Stock Exchange for Tourism، he said the Egyptian government exerted many efforts to make Sharm al-Sheikh more stable and brighter، referring that beauty of nature there gave the city a sublime position.
The honorary president of the Euro-Mediterranean parliament expressed happiness due to the visit of Italian senators recently and touring the cities of Cairo and Sharm Al-Sheikh.
“I am happy as there are big numbers of clients، especially from the European market. And I hope they get back to Sharm Al-Sheikh following the achievements made in the security-related aspects in Egypt،” he explained.
Abu-Enein also stated that the Egyptian participation in London Stock Exchange is a good opportunity to prove that our measures have paid dividends.