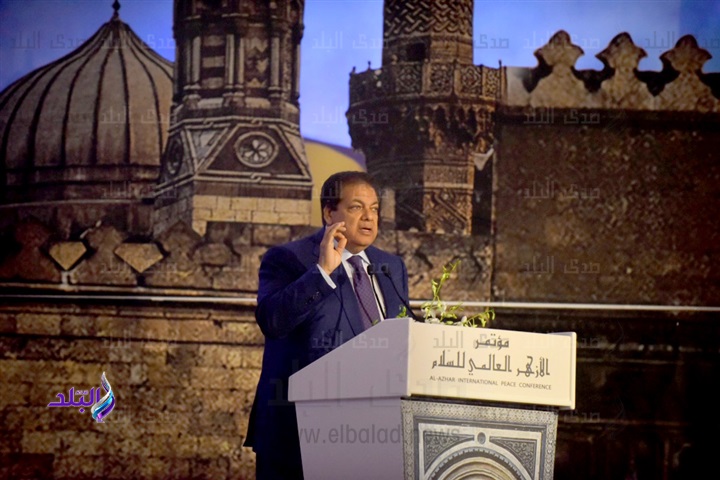 Mohammed Abou El-Enein ، a business magnate and the Honorary Chairman of the Euro-Mediterranean Parliament addressed Al Azhar، its Imam and sheikhs.

Abou El-Enein affirmed that Al Azhar performs a leading role in renewing the religious discourse. He added that Peace Conference held earlier days، under the auspice of the Grand Imam of Al Azhar is considered a significant start to completing efforts to dry up sources of terrorism and extremism.
Abou El-Enein demanded during an interview with “Swat Al Azhar” issued by Sheikhdom of Al Azhar، the United Nations (UN) to ratify an international legislation to prohibit defamation of religions. He depicted such a legislation as a protective barrier against disdaining all religions across the world.
Abou El-Enein warned of the misleading campaigns against Al Azhar and the Grand Imam following blasting of two churches in Tanta and Alexandria.
Abou El-Enein praised initiatives launched by the Grand Imam as unique ones.
He assured that that the Grand Imam enjoys deep reverence across the globe. He lauded efforts of Al Azhar to rectify the image of Islam as a moderate religion refuses either terrorism or extremism.