In her program “Sabah Al-Balad”, which is broadcast on Sada Al-Balad channel, Rasha Magdy said that the press report reviewed the opinions of senior businessmen, investors and economists on the initiative and its impact on the Egyptian economy.

Rasha Magdy said that the Egyptian businessman, Mohamed Abou El-Enein, Chairman of Cleopatra Group, praised this initiative, noting that the industry sector has been waiting for such initiatives for a long time and described them as “wonderful.”

Abou Al-Enein stressed that it is a beginning towards solving the problems of industry, and that industry is Egypt’s path to growth and progress, multiplying exports, creating value added from natural and human resources and providing productive jobs for young people.

He pointed out that the industry has been wronged in the past period, and it bore many burdens and costs, which left many Egyptian industries out of global competition and led to the decline of Egyptian industrial exports.

Abou Al-Enein called for a package of new decisions to reduce the costs of industry and put the Egyptian manufacturer on an equal footing with his counterparts in the world by reducing interest rates and gas prices and linking it to international prices, stressing that the Egyptian economy is going in the right way with the testimony of all international economic actors. 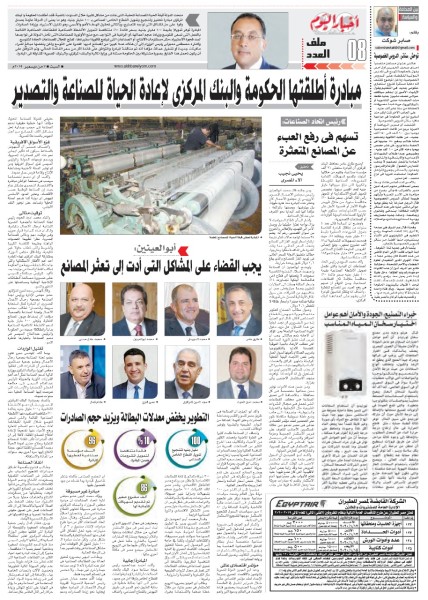