In his address to the President of Portugal, Mohammed Abou El-Enein said: 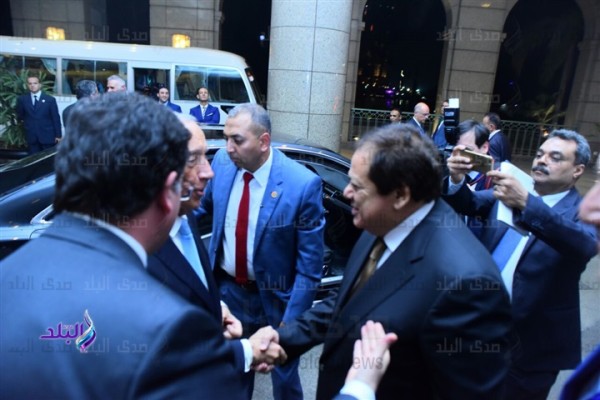 He added that the visit of President Abdel Fattah al-Sisi to Portugal in 2016, in addition to the current visit of the Portuguese President Marcelo de Sousa to Egypt, mark the beginning of a period of cooperation between the two countries.

He pointed out that the investment climate in Egypt is ready today to receive Portuguese investments, especially with the issuance of the new Investment Law, which provides incentives and good guarantees, in addition to a package of bold reforms taken by the political leadership in Egypt.

Abou El-Enein said that the inflow of foreign investment by international companies, including Siemens and Eni Companies, indicates an improvement in the investment climate in Egypt.

The head of the Egyptian side of the Egyptian-Portuguese Business Council stressed that Egypt has made great progress on the path of development, thanks to the economic reforms carried out by the government under the constant guidance and follow-up of President Abdel Fattah El-Sisi, pointing out that Egypt is now safe and stable and open its arms to foreign investment.

He added that there are many sectors that could be an area of ​​cooperation between Egypt and Portugal, pointing out that the historical and good relations between the two countries open frameworks to support fields of investment and intra-trade.

He pointed out that there are opportunities to invest in Egypt in a number of sectors, foremost of which are oil and gas, and the industrial zones that many countries, especially Russia, have accelerated to establish in Egypt as a result of the legislative and legal facilities and advantages that have been achieved during the recent period.

Abou El-Enein pointed out that the June 30 Revolution was a real revolution and stems from a popular will. He thanked Portugal and its President for standing by Egypt and the noble role of its President in providing permanent support to the Egyptians.

He pointed out that the Egyptian-Portuguese Business Forum represents a real beginning to push forward and develop cooperation relations while benefiting from the role of the private sector in both countries.

Abou El-Enein stressed the possibility of establishing joint Egyptian-Portuguese investment projects in the area of ​​the Suez Canal axis and the Golden Triangle project.

He pointed out that the Egyptian market has huge investment opportunities in various sectors, especially in services, telecommunications, information technology, automobile industry, oil and gas, as well as industrial zones.

He added that the visit of the Portuguese president to Cairo and the formation of the Joint Business Council represent a real starting point for a new phase of the distinguished economic relations between Egypt and Portugal. He pointed out that Egypt has made great progress on the path of development thanks to the economic reforms carried out by the government under constant guidance and follow-up by President Abdel Fattah Al Sisi.

He pointed out that the Egyptian-Portuguese Business Forum represents a real beginning to advance and develop cooperation relations while benefiting from the role of the private sector in both countries. 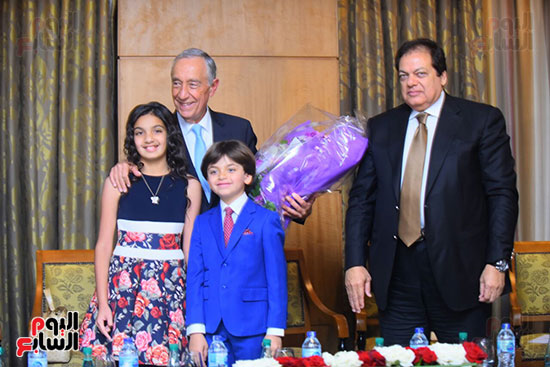