He added that the Portuguese President’s recent visit will witness great momentum in investments and trade and the volume of logistics cooperation between the two countries.

“Portugal is always supportive to Egypt against any attack, whether in the European Union or the United Nations,” said businessman Mohamed Abou El-Enein. He praised the Portuguese Ambassador in Cairo, saying that “She is honest in conveying the correct information about Egypt”.

He added that the Egyptian-Portuguese cooperation is very late, and the volume of investments between the two countries is very modest, but the political support of the two presidents provides great opportunities for investment and development of relations for the benefit of both countries.

He stressed that Egypt has a large market that Portuguese investors can exploit and vice versa, as well as cooperation in various industries, especially in the field of leather, and they can benefit from the new leather city in Badr City, Egypt.

Abou El-Enein said that the great political support provided by the political leadership of the two countries gives great impetus to the advancement of economic relations to its enormous potential. The historic visit of President Abdel Fattah El-Sisi to Portugal in 2016 was the first visit by an Egyptian president to Portugal since 24 years ago, and it opened the door for a new phase of relations between the two countries.

He pointed out that this political support puts a great responsibility and burden on the business community in both countries to play its role to increase trade and investment, because the current figures are modest and do not reflect the real potential for great cooperation between Egypt and Portugal. 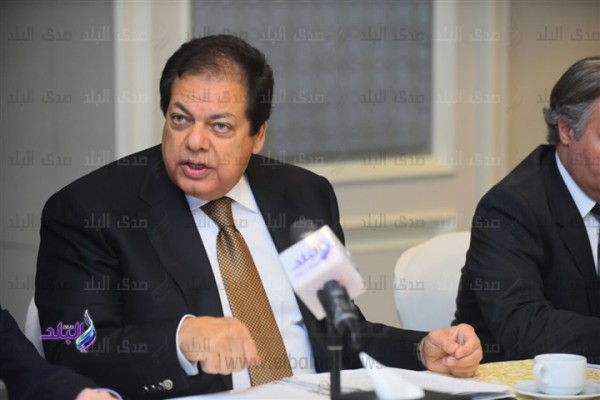 Abou El-Enein presented the opportunities and climate of investment in Egypt, and the tremendous development witnessed in visions, policies, legislation and procedures, as well as the positive results achieved by economic reform and the political will that is racing to achieve large projects in record times despite the challenges. He pointed out to Egypt’s success in attracting large investments for many European, American, Korean and Japanese international companies.

As friends of Egypt, the Portuguese have the same opportunities and more as a result of the political support from the political leadership of the two countries.

He stressed that Egypt is not only the largest local market in the region, but its distinguished geographical position and a series of free trade agreements with more than 70 countries, open up markets for about 2 billion consumers in the Arab region, Africa, the European Union and Mercosur. These markets represent an opportunity for Portuguese investments that we invite to come to invest and benefit.

Abou El-Enein also presented the investment opportunities in the Suez Canal area and the privileged position, incentives and advantages offered by the Economic Zones Law and the Investment Law, such as exempting imports from customs and value added tax, as well as tax deductions for some sectors such as communications and information technology.

He called the Portuguese side called for studying the establishment of a Portuguese industrial and logistic zone in the axis of development of the Suez Canal, which will be the center of SMEs in Egypt along the lines of the Russian and Chinese regions.

I addition, Abou El-Enein referred to investment opportunities in the new specialized industrial cities established during the last four years and providing all facilities and services, as well as the economic zone of the Golden Triangle in southern Egypt and the opportunities it offers for industrial, mining, and tourism investment. There are Italian companies that have already started to invest there. This is a great opportunity for Portuguese companies to benefit as well.

The President of the Egyptian-Portuguese Business Council identified opportunities and priority areas of cooperation from the point of view of the Egyptian side, which are represented in attracting the Portuguese direct investment in the manufacture of leather products, especially shoes in the city of Rubeki, as well as the joint manufacturing in the textile and garment sector.

There are other investment opportunities in automotive feeder industries, ICT, renewable energy, logistics, infrastructure, construction, furniture, machinery, equipment, food, agriculture, the establishment and management of the industrial zones and the exploitation of Portuguese logistic centers and ports to be the starting point of the Egyptian exports to West Africa, Latin America and the European Union.

For his part, the head of Portuguese Trade & Investment Agency (Aicep) said they are considering having a permanent presence in Egypt and that the agency supports the joint business council and encourages Portuguese businessmen to have intensive activity with Egypt and that (Aicep) is reliable to promote trade and investment between the two countries. 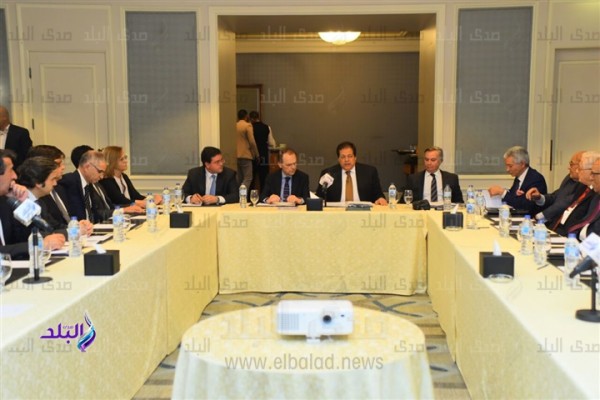