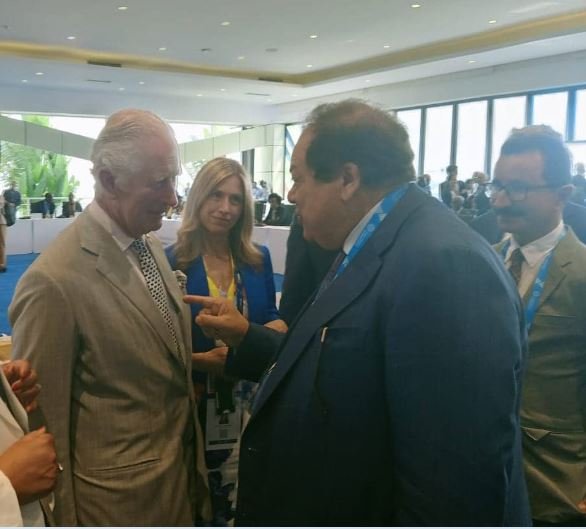 MP Mohamed Abou El-Enein, Parliament Deputy Speaker met on Thursday with Prince Charles, Crown Prince of the United Kingdom. The meeting came during their participation in the closing session of the “Invest in Rwanda” forum held on the sidelines of the 26th Commonwealth Summit in Kigali.

During the meeting, Prince Charles said that he will attend the COP27 Climate Summit, which will be held in Sharm El-Sheikh next November, explaining that it will be his first time to visit the city of peace, Sharm El-Sheikh.

Prince Charles asked about the conditions of Egyptian tourism, expressing his strong love for Egypt and its tourist attractions.

Abou El-Enein replied that Egyptian tourism is rapidly recovering, especially since it has been subjected to crises that the whole world has experienced, such as the Coronavirus and the Russian-Ukrainian war.

Abou El-Enein assured Prince Charles that Sharm El-Sheikh would become one of the prince’s favorite destinations.

It is worth mentioning that, the activities of the “Invest in Rwanda” forum kicked off, earlier today, Thursday in Kigali.

Aboul-Enein, along with delegations and leaders of 54 countries attended the forum’s activities, most notably Heir to the British throne, Prince Charles, UK Prime Minister (PM) Boris Johnson, Candian Prime Minister (PM) Justin Trudeau and Rwandan President Paul Kagame, as well as representatives of 15 kingdoms, which are members of the British Commonwealth of Nations.