Abou El- Enein: Ceramica Cleopatra participated in more than 800 exhibitions around the world 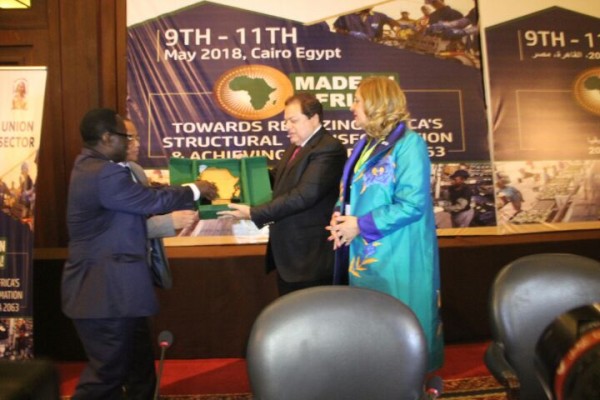 Prominent Businessman، Mohamed Abou El Enein، the Honorary speaker of the Euro-Mediterranean parliament expressed his appreciation to colleagues in manufacturing.
He said that his colleagues are keen to produce good products to export it abroad.
In remarks to Sada El Balad، Aboul Enien said he respect his competitors and always give them advice.
The Prominent Businessman pointed out that the process of searching for what is new in the industry is continuing. “We are bringing experts from abroad to train Egyptian employs،” he noted.
He explained that Ceramica Cleopatra Group has participated in more than 800 exhibitions around the world، and they are pride on the Egyptian industry، which has invaded most countries.
On the other hand, Dr. Nicuasi, the director of the African Union Private Sector Forum, said that Abu Enein is a model and symbol for African businessmen.
Noteworthy, The 10th African Union (AU) private sector forum honored on Wednesday prominent Businessman، Mohamed Abul Enein، and granted him “Proudly Made in Africa” award.
The forum displayed a short film on “Ceramica Cleopatra” group successes and its innovation for modern factories from early 1990s until it becomes one of the world’s leading ceramic manufacturers، as well as the successes of Abul Enein in the tourism industry.
African Union (AU) organizers confirmed that this award is the first to be awarded by the AU to a businessman for his successes in various economic activities.
https://www.youtube.com/watch?v=HaYXkBgrGwk
https://www.youtube.com/watch?v=C4XDKDGPLqg
https://www.youtube.com/watch?v=82T2Cn9V_cw